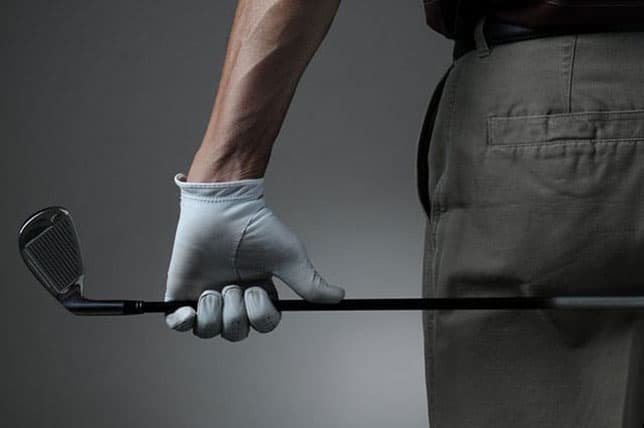 What is a 2 Iron Golf Club?

The 2 iron finds its place among the long iron category of golf clubs. Like a 1-iron, players usually find this club the most difficult to hit with. Thus, the 2 iron is not an ideal choice for beginners. The club is generally replaced by a high-loft fairway wood or a hybrid club.

The 2 iron isn’t a part of a classic off-the-shelf iron clubs set that have clubs ranging from 3-iron to pitching wedge. This is because of its hitting difficulty and de-lofting of present-day iron golf clubs,  that the average distance of short irons is increased.

If you’re buying such a set of clubs and want a 2 iron, you will often have to buy it separately.

Like any long iron, the 2 iron has a very low loft and a long shaft along with a low launch angle. This golf club is meant for hitting the ball over a long distance of 180 to 260 yards. The difficulty in hitting is because the low loft renders a very small sweet spot and striking surface.

Should You Use a 2 Iron?

While it isn’t necessary that you should use a 2 iron in a game, there are a few instances where this club is capable of proving its worth. Based on the experiences of several players, the following are some instances when you can consider having a 2 iron in your golf bag.

All manufacturers design their 2 irons with their loft angles less than 20 degrees. Very few of them have 2 iron golf clubs with a loft angle of 20°. The typical loft angle for these golf clubs is 18.5°.

How Far Should You Hit a 2 Iron?

The distance that you hit with a 2 iron depends on several factors.

For example, an average male player will hit 170, 195 or 215 yards depending on whether he is a short hitter, mid-hitter or long hitter respectively. Thus, the minimum distance that any male player is expected to hit with his 2 iron is 170 yards.

Similarly, an average female short hitter will hit 105 yards if she is a short hitter and 135 yards or 170 yards depending on whether she is a mid-hitter or a long hitter. Thus, the minimum distance that any female player is expected to hit with her 2 iron is 105 yards.

There are players who can hit 250 yards off the tee with their 2 irons. Some of them can hit 175 yards from the middle of the fairway. A few long hitters have been able to go as far as 267 yards.

What is the Average 2 Iron Distance?

Average male amateur short, mid and long mid-hitters cover a distance of 170, 195 and 215 yards respectively. These distances for their female counterparts are 105, 135 and 170 yards in that order.

There are also instances where the 2 iron distances for average male short, mid and long hitters are 161, 195 and 219 yards respectively. In such cases, the corresponding distances for female golfers were noted to be 98, 126 and 161 yards.

Standard Length of a 2 Iron

Just like various factors influence the distance that a 2 iron can hit, the standard length of the golf club depends on two key parameters.

Generally, the 2 iron of a male player with a steel shaft has a standard length of 39.50 inches. The length of a 2 iron golf club with a graphite shaft in the case of this golfer will be 40 inches.

In contrast, a 2 iron club for a woman playing with a steel shaft has a length of 38.50 inches. The corresponding length for a graphite 2 iron club is 39 inches.

Hitting a 2 iron is an art and is usually easy for a low handicap player who has a fast swing speed. Depending on where you plan to use the golf club, there are different ways you can hit your 2 iron.

Hitting Off the Tee:

Hitting from the Fairway:

Keep in mind that if you’re going to hit an approach shot, a low shot will result in the golf ball rolling quite a bit without holding on to the green easily.

If the terrain is accommodating, you can hit the club on the front part of a big green or bounce the ball on to a green.

To chip a ball with a 2 iron golf club, you need a clear path leading to the hole and a good lie close to the green.

Some players find themselves compromising on height and distance when they want to hit their 2 iron clubs consistently and successfully off the tee. On the other hand, a few of them have to go a little slow on their swing and swing it easy to use their 2 iron with a regular shaft comfortably.

There are golfers who have been successful using their 2 irons by positioning themselves so that their weight is forward when there is an impact and maintaining a flat lead wrist. They also position themselves in such a way that their hips are pushed forward to form a reverse K.

A few players tend to use their 2 irons by gripping on to them with their dominant hand and positioning themselves with their back to the target. Start spinning the hammer like an Olympic hammer throw. The spin is counter-clockwise for a righty and clockwise for a lefty.