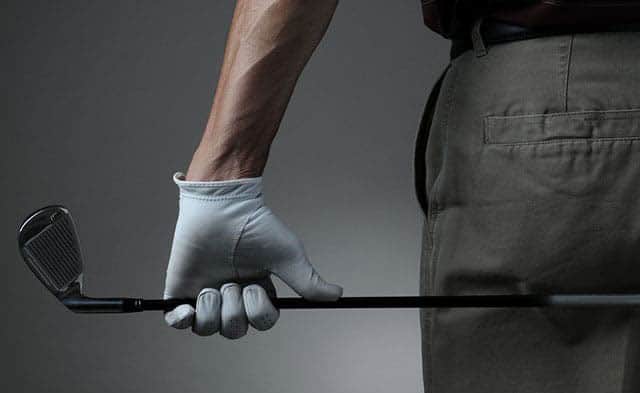 Like any hybrid club, a 6 hybrid performs the function of a rescue club. It’s essentially a cross between a fairway wood and a 6 iron. Here are some differences worth noting between a 6 iron and a 6 hybrid.

When to use a 6 Iron

As a mid-iron, a 6 iron will often do justice to your game and help you in hitting the ball easily if you’re a mid-level player or a professional rather than an amateur. Hence, if you have got past the beginning stages of the game, you can consider having a 6 iron as one of the 14 golf clubs in your golf bag.

If you’re a recreational golfer who is looking for a golf club to hit the ball when it’s about 150 to 170 yards or a little more from the hole, a 6 iron is very likely to come in handy. However, if you’re a professional, the same club will help you cover 220 yards easily.

You can use your 6 iron to play a game off the tee. This iron will also help you get better control over your shots. The golf club also proves its mettle on the fairway when you’re playing closer to the green.

It’s best to use a 6 iron if you want to hit the ball over a tree or prefer a soft landing on the green so that the ball hits the ground without rolling further too much.

A 6 iron is also ideal when you want your shots to be more accurate than with woods, although you may have to be prepared to make a compromise on the distance.

When to use a 6 Hybrid

A hybrid will help you see an improvement in your game. The following are some instances when you might want to use a 6 hybrid to get the best out of your game.

The best time to use a 6 hybrid is when you want to ensure consistent hits in your game. This is primarily because it is often easy to hit with this club especially when you’re looking for an alternative for your 6 iron club.

The 6 hybrid is ideal for use when you’re trying to get your shot high up into the air and overcome the fade that you tend to experience with the iron golf club. This is because the 6 hybrid golf club has a low center of gravity.

A 6 hybrid with ladies flex is a good option when you have a swing speed of 60mph or less while a club with a senior flex is ideal for players with around 60 to 70mph swing speed.

Golfers with a swing speed between 70 to 80mph and 80 to 90mph can comfortably use 6 hybrids with regular flex and stiff flex respectively. Those who have an even higher swing speed can opt for a club with an extra stiff flex.

You can consider a 6 hybrid over your 6 iron for approach shots because the higher trajectory of the hybrid club will help you hold on to the green better.

The distance you can hit with a 6 iron will vary depending on whether you’re a male or a female player.

Depending on your club speed, the carry distance offered by your 6 iron tends to change accordingly.

On average, if your club speed is 65mph, the carry distance produced by your 6 iron will be about 125 to 130 yards.

The average distance a professional golfers hits a 6 iron is 183 yards.

How Far Can You Hit a 6 Hybrid?

As with a 6 iron, the distance you achieve with a 6 hybrid is different for male and female golfers.

Male players will typically cover a distance of 140 to 190 yards with their 6 hybrids while female golfers tend to hit 110 to 150 yards with the same club.

Some players are able to cover an extra distance of 10 yards by using their 6 hybrids in place of 6 irons.

Some players can hit 165 to 170 yards resulting in high-cut birdie shots that are two feet from the pin. You can reach the same distance when they use their 6 hybrid on a par 3 tee or off the fairway.

A 6 hybrid with ladies flex will often help golfers hit up to 100 yards. Players opting for senior flex can hit anywhere between 100 to 130 yards while those who prefer clubs with regular flex can achieve a distance of 130 to 155 yards.

Golfers using a 6 hybrid with stiff flex tend to hit between 155 and 175 yards. On the other hand, players who opt for golf clubs with extra stiff flex usually cover a distance of over 175 yards.

What is the Average 6 Iron Distance?

Some players tend to hit as much as 170 to 180 yards with their 6 irons. These players have a gap of 10 yards between their clubs. There are golfers with a handicap level of 22 who hit an average distance of 175 yards on non-windy days and on flat courses while those with a handicap of 29 cover 190 yards off the tee.

Beginners may be able to cover only 130 yards with their 6 iron golf clubs. Having said that, there are players for whom the average distance is 205 to 210 yards when they adopt a regular swing.

What is the Average 6 Hybrid Distance?

Male short hitters, mid-hitters and long hitters get an average distance of 136, 158 and 171 yards respectively.

On the other hand, these distances are 80, 105 and 136 yards for female short hitters, mid-hitters and long hitters.

Some players hit 180 to 185 yards on an average with their 6 hybrid clubs while others can manage only 165 yards with the same club.

What Hybrid Replaces a 6 Iron?

As a general rule, a hybrid replaces an iron golf club of the same number. Hence, a 6 hybrid is often chosen by golfers as a replacement for a 6 iron.

Hybrid clubs will be more versatile than their iron equivalent and can be used more comfortably from their fairway, off the tee and even from the rough.

The 6 hybrid covers an average distance of 10 yards more than a 6 iron golf club.

What Club Does a 6 Hybrid Replace?

A 6 hybrid is often chosen as a replacement for a 6 iron golf club. This is because many golfers find the hybrid easier to hit with than the corresponding iron.

However, this isn’t the only club that the hybrid replaces. Players who use wood golf clubs can consider opting for a 6 hybrid to take the place of a 13-fairway wood club in their golf bag.

What Degree of Loft is a 6 Iron?

However, there tends to be a slight variation in the loft angle of the 6 iron golf clubs offered by different manufacturers. Also, there are instances when the same manufacturer offers various models of 6 irons with different loft angles.

On a general note, the blade type 6 irons have loft angles in the range of 30° to 31°. On the other hand, the game improvement category of 6 irons has lower and stronger loft angles between 23° and 28°.

Most golfers like to play their games with a 6 iron that has a loft of 27°.

What Degree of Loft is a 6 Hybrid?

A 6 hybrid typically has a degree of loft that is closer to the loft of the 6 iron that it often replaces. The loft angle of a 6 hybrid is almost the same as the typical 31° loft of a 6 iron.

Often, manufacturers provide their 6 hybrids with loft angles of 30°. However, there are also 6 hybrid golf clubs that have lofts as low as 29° and slightly higher at 32°.

Some players opt for a 6 hybrid with 28° loft as a substitute for their 6 iron golf clubs.

What is the average length of a 6 iron golf club?

A male player’s 6 iron golf club with a steel shaft has a length of 37.50 inches. This is 38 inches in the case of a club with a graphite shaft.

Similarly, a female golfer’s 6 iron golf club with a steel shaft has a length of 36.50 inches. This is 37 inches in the case of a club with a graphite shaft.

The 6 irons and 6 hybrids have separate advantages that make them suitable for specific occasions. A 6 iron is apt for players who want no compromise on the accuracy of their shots. In contrast, a 6 hybrid is ideal for those who want to cover an extra distance and launch the ball higher.