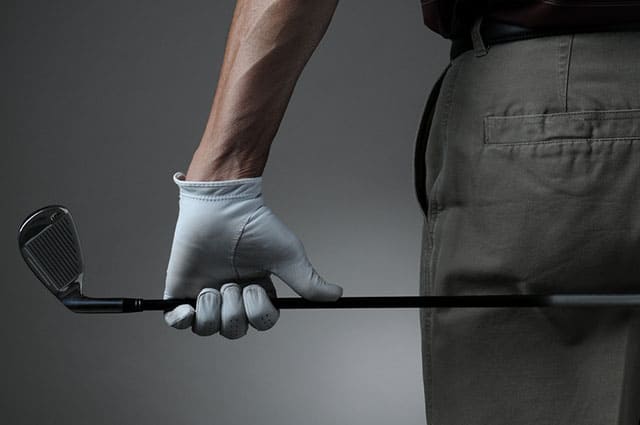 What is a 7 Iron Golf Club Used For?

The 7 iron golf club is classified as a mid-iron golf club and has a loft angle that ranges between 29 degrees to 33 degrees. The 7 iron can be used for a variety of shots which include off the tees and reaching long par 3s.

The 7 iron offers versatile shots to the golfers and therefore is suitable for both beginners and professional golfers. It is an easy club to learn and can offer trajectory and distance greatly to the users. It is easy to hit 100 yards once you get comfortable  using it.

In order to improve the shots made with 7 irons, there are several steps that you can follow in order to get more accurate shots. It is better to point your body at the target and transfer your weight at the front leg for better shots.

Moreover, it is ideal for playing the ball with a 7 iron by placing it in the middle of your feet. For experienced users, it is even easier to get used to the 7-iron golf club. The faster speed of the clubhead helps in covering more distance on course than the beginners.

To increase the consistency of the shots made with the 7 iron, it is better to keep more weight on the front leg when the ball is being set up for the shot.

Your backswing should reduce by half to the current swing speed and put down your arms as if they are dropping down on the ground.

What Degree of Loft is a 7 Iron?

For example, previously the 7 iron was known to have a loft angle of 38 degrees, but it is now being replaced with a 34 degrees loft angle in the 7 iron. The loft angle greatly affects the distance; hence, with an increased loft angle, the manufacturers claim that it covers more distance on the course.

The typical angle for a 7 iron is approximately 34 degrees. The loft of the club is much stronger if the cavity is large; hence the club is more forgiving. The design of the golf club is based on the idea that stronger lofts help in achieving greater distance on the course.

However, for someone who likes to focus more on the shots than the distance, a weaker loft does the job as it has a smaller cavity and the golf club is less forgiving in contrast to the stronger loft. The main issue with an iron is that for every bent degree of angle, a degree of bounce is lost by the club.

What is the Average Swing Speed for a 7 Iron?

The swing speed for a 7 iron can vary between 80 to 83 mph. If the golfer is a flipper, then the swing speed will be greater than a player who plays square to square. To cover a distance of about 160 yards with a 7 iron, a swing speed of 86 mph is needed.

With a greater loft angle, the speed of the clubhead is also greater due to the smash factor potential. If you’re covering an average distance of about 165 yards to 170 yards, then there is a likely chance that your swing speed varies between 86 to 88 mph.

With an accurate shot made with the 7 iron, the golfer can easily cover a distance ranging between 145 yards to 150 yards. The golfer can find the distance covered on the course to be short if his shots are not being consistent and accurate. This can affect the game flow.

With a 7 iron, one disadvantage can be losing control over the shots if the ball has a lower flight. If you change your swing speed from a hard swing to a smooth swing, then the distance of the shots might be compromised, but the accuracy is greatly increased.

For covering approximately 170 yards on the course, the hole should be uphill along with strong wind and an open stance. This can increase the yardage much easily. The distance can also be increased with a higher trajectory.

What is the Average 7 Iron Ball Speed?

Due to different loft angles for the 7 iron of each manufacturer, the ball speed also varies accordingly. If the golfer can’t get a land angle on the 7-iron golf club, then it’s not very effective. To get the right shot, the 7 iron should then be adjusted and fixed.

What is a Good Smash Factor for a 7 Iron?

The fractional smash factor can be lost to different variables like the sound, heat, backspin, and compression. In the opinion of some golfers, the smash factor doesn’t affect the distance and is simply a ratio of the ball speed and the club speed.

Each shot made with the 7 iron is based upon what the golfer puts into it. The different factors can be the spin, launch speed, speed of the clubhead, face angle, etc. However, none of these factors have anything to do with the smash factor of the golf club.

If the smash factor of the 7-iron club is high for a golfer that means that his ball speed is also high; however, the other metrics like the spin, face angle are hosed. This can cause an inconsistency in the shots made as the ball is moving at a greater rate.

What is the ideal spin rate for a 7 Iron?

The spin rate can be estimated by 1000 rpm into the number of the club. The ideal spin rate for a 7 iron is 7000 spin rates.  This number is adequate if the launch of the ball is not too high. The launch and spin need to match in order to get an ideal spin rate.

With a 7 iron, the golfer can have more carry than a rollout. A spin rate varying between 6000 and 7000 is good for a 7-iron golf club. Different factors should be put into consideration to judge the spin rate for the golf club. This includes the launch angle along with the ball speed, apex, distance gaps, etc.

1000 into the swing speed is not considered an accurate measure for calculating the spin rate as it just gives an average and doesn’t form a good baseline. With a well-placed shot, the 7 iron can have a spin on the lower side with a shallow attack angle. A steep angle on the other hand, will generate more spin.

What is the ideal Launch Angle for a 7 Iron?

The launch angle can vary according to the different courses and the shot played. The backspin numbers can vary differently for each type of ball used. The numbers can go really high if a distance ball is used.

What is the Standard Length of a 7 Iron?

The length for the golf club should be chosen according to the grip that suits the golfer. For a golfer with average height, an iron golf club with a longer length should be preferred, so the golfer doesn’t have to bend over the club.

The length for the shaft of the golf club can be trimmed to improve the grip. Epoxy should be placed in the tip of the shaft, and then the tip should be inserted in the hosel. It should be ensured that the tip is all the way in.

If the golfer wants to keep the 7-iron length at 37.5 inches, then the shaft should be trimmed to approximately 37.35 inches. For golfers who have a tall height, the inches of the golf club can be increased to 1.5 inches longer than the standard length of the 7-iron golf club.

Since the 7 iron is the most used golf club by many golfers, a lot of them are concerned about how far a 7 iron can be hit. On an average of golfers ranging from beginners to experts, the average distance covered on course for men is 120 yards while for women it is 80 yards.

With the swing on the golf club dialed in, the shots made with the 7 iron can be more consistent. If there is a shaft lean on impact, the ball flight can be penetrating. At a reasonable estimate, the 7 iron can also cover a distance of 160 yards with about 4 yards on the rollout.

There can be a variance of about 10 to 15 yards depending on how well the shot is played every time. The gap can increase with longer golf clubs. One specific yardage number can’t be pinned to any golf club since it is likely to vary every time the golfer plays.

The height covered by the ball can be around 32 yards. The distance covered is because the golfers swing the club much faster, so the average ball speed also increases in a similar way. If these numbers are applied to the swing speed of an average golfer, the golfer will struggle to get the ball in the air for the maximum distance.

With an exceptional and comparable swing speed, even the ordinary golfers can chase the PGA style figures. The LPGA’s average swing speed for drivers which is around 94 mph is close to the swing speed of many golfers.

Getting consistent shots with the 7-iron golf club is quite easy if the golfer practices well and knows how to play his shots. If the ball is hit straight every time, the golfer can easily get yardage of 160 yards to 170 yards. With the following steps, the 7 iron can be hit well.

How to Hit a 7 Iron Off the Tee

For hitting a 7 iron off the tee, the golfer shouldn’t have a totally different approach:

How to Hit a 7 Iron Straight

In order to hit a 7 iron 200 yards, the golfer should have a swing speed of 130 mph. Delofting the 7-iron club into a 4-iron club or 5 iron club can help in getting yardage of up to 200 yards with it.

For professionals who carry interchangeable weights, they place lighter weights in their puts for slower green and prefer heavier weights for a quicker green.

Delofting the iron golf club doesn’t mean that its angle should be decreased by 7 degrees as the golfer will not be able to hit the ball really high. Having a good swing speed and ball speed can help in easily covering 200 yards on the course.

The ball should be hit with a descending blow while the hands are ahead of the ball while there is an impact. The professionals, however, prefer delofting when they are willing to control the trajectory of the golf club.