TaylorMade produces some of the best golf clubs on the market, and their drivers are no exception. The M5 driver allows for a total of 12 hosel settings and countless combinations for positioning the two 10g weights.

Let’s find out how to set up your M5 for the perfect tee-off.

The hosel features 12 settings that will affect the loft (open or closed clubface) and lie angle (pointing the toe upwards or downwards) of the club.

The weights can be shifted into any position along the reverse T-Track to provide a draw bias, fade, bias, or neutral setting.

If you are unclear on how to adjust your M5 driver and have always just left it on the standard-setting along with leaving the weights in place, then this article is for you.

Furthermore, if you may be wondering how the M5 works because you might be looking to test on out, we also have you covered.

In this article, we will detail all the ins and outs of adjusting your M5 TaylorMade driver.

Is the TaylorMade M5 adjustable?

The TaylorMade M5 is adjustable to such a degree that it is said to have over 1700 possible setup combinations in its weight track alone.

Having been released in the first quarter of 2019, this driver is still relatively new and packs some of TaylorMades advanced high-tech features.

This driver is a blend of carbon and metal that utilizes TaylorMade’s familiar speed pocket located behind the face for extra distance on your shots andinverted cone technology behind the face that enhances this “sweet spot.”.In fact, in the sweet spot is a massive 66% larger than that of its predecessor, the M3. Combined with a high MOI and a Twist Face, this driver is extremely forgiving.

The speed injected Twist Face is designed and built to produce ball speeds faster than the legal limit allows but then is injected with tunning resin into the two tiny red ports you will find on the face of the club so as to”bring the club back to conforming”.

The tunning resin optimizes the COR (coefficient of restitution) across the entire face. This simply means that the faces are optimized for energy retention when the ball strikes the face of the club.

Straighter shots from mis-hits come from the curved face that boasts a corrective face angle. The Twist Face also provides less loft in the heel and more loft in the toe, which effectively produces a more consistent spin.

The inverse T-Track is where you will be doing most of your adjusting along with the hosel. It allows you to maneuver two 10g weights for optimal spin and trajectory.

The loft sleeve adjustable hosel allows for 12 different settings that enables you to change the loft, lie, angle, spin, and face angle, which can be opened or closed.

How to adjust the TaylorMade M5 driver

Starting with the hosel, each line that you find will change both the loft and lie angle of the M5 driver  by numerous degrees (from 0.5 degrees to 1.75 degrees).

Aligning the setting to STD LOFT will put the club at its default setting.

For example, if the club is a 9.0-degree club, it will not change when in this setting and will have a standard lie angle of 60 degrees and a square face.

Adjusting the hosel towards the HIGHER setting will start increasing the loft and closing the clubface.

Setting the hosel to the HIGHER setting will produce the club’s highest loft capability by closing the clubface by 4 degrees and increasing the spin of the ball by 400 RPM.

Moving towards the LOWER setting, you will start to open the clubface. This will reduce the loft and lower the RPM of the ball spin by 400. Setting the hosel to the LOWER setting, the club will produce its lowest loft with a clubface that is open by 4 degrees.

Adjusting the upright setting (UPRT) of the neck sleeve will allow you to adjust that lie angle of the club. This will cause the toe of the club to move upwards, away from the ground.

Changing this accordingly can help with players who tend to hit the ball towards the right (over fade, slice, or a miss to the right of target). When the clubface points upwards,it also tends to point a little more left. In essence, the more upright the lie angle, the more draw bias the club will be.

As you change the loft and the face angle with the adjustable hosel, you are able to move through a total of twelve different settings. 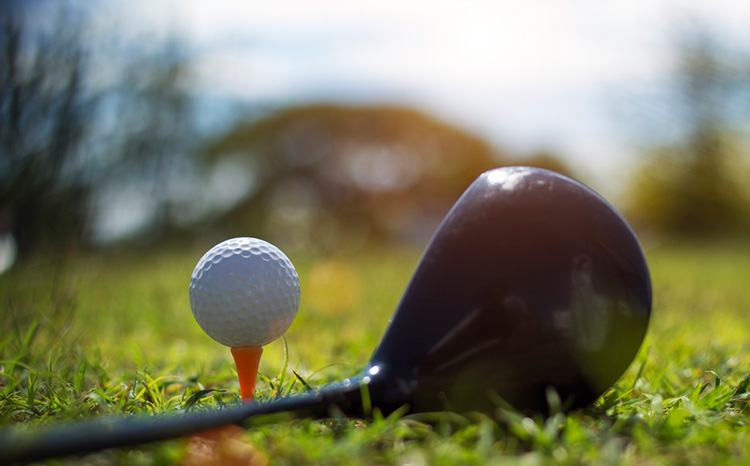 Below is a settings chart of the M5 driver hosel. Take note that the blank setting spaces are the two settings between the current settings, and once you have reached the bottom of the chart, it circles back around to the top again, moving to the UPRT position.

The M5 driver utilizes a reverse T-Track located on the club’s underside with two 10g adjustable weights. Adjusting the weights to various positions allows you to alter both the flight bias (draw or fade) and the trajectory of the ball.

The two weights can be moved by loosening the screws and sliding the weights into various positions along the track.

Placing one weight in the front of the track and one towards the rear (center track split) will produce a neutral setting giving no bias towards a draw or fade.

Positioning both weights towards the front of the club will achieve a lower launch of -5 degrees and less spin while separating the weights and placing one in the heel and one in the toe will increase launch (+5 degrees) and increase the spin.

Placing both weights towards the back and in the toe will produce a maximum fade. Conversely, placing both the weights at the back in the heel position will create a maximum draw. Take note that the dispersion in yards for both a draw and fade bias setting of the weights will result in a 12.5-yard dispersion.

Take a look at the M5 tunning guide here if you would like a visual representation of everything that we have discussed.

Many manufacturers in recent years have been producing drivers that come with adjustable weights and hosels, but none seem to match the adjustability of TaylorMade’s M5. Most drivers from other manufacturers tend only tooffer eight settings in terms of their hosels, such as the Mizuno ST190, unlike the M5 with a staggering 12.

Additionally, many other drivers also only come with adjustable weights for a draw bias setting and not ones or fade. This is probably due to the fact that most golfers (in terms of percentages) tend to slice the ball more than hook it.

However, TaylorMade’s Reverse T-Track allows you to adjust the weights to any position. This means you can really fine-tune the settings on your driver to give you the best possible setting to improve your shot, or it can help you reduce a problem that you are struggling with, like slicing the ball.

Being able to adjust the weights incrementally along with the 12 hosel settings, it is said that the TaylorMade M5 can have over 1700 settings in total.

No doubt, if you are in the market for a new driver, then you should without fail to go to your local golf retailer and test out the M5 today.