Is the TaylorMade M4 driver adjustable?

Yes, the TaylorMade M4 driver is adjustable. It’s possible to have twelve different options for the loft, lie angle and face angle, including the standard settings, for the same driver using its hosel.

How to adjust the TaylorMade M4 driver?

The adjustment either increases or decreases the loft from the stated value while the lie angle always increases from the standard-setting.

The steps below will show you how to adjust the TaylorMade M4 driver using the wrench that comes with the driver.

The LOWER and HIGHER settings help to set the loft of the driver to the lowest and highest possible values.

The table given below has the standard loft, lie angle and face angles of a TaylorMade M4 driver with 12° loft along with the eleven other settings for the same parameters.

The above adjustments are also applicable for the other variants of the TaylorMade M4 driver with 8.5°, 9.5° and 10.5° lofts. The lie angle is the same for these drivers. 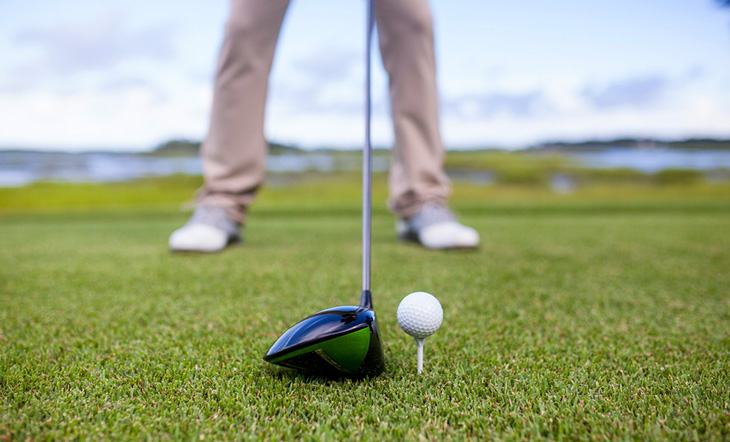 The lie angle of the TaylorMade M4 driver can be changed by using the four-degree sleeve on the hosel of the driver and the accompanying wrench. Each movement of the sleeve alters the lie angle by 0.5° to 0.75° along with an appropriate change to the loft.

The following steps offer a walkthrough of how to increase the default 56° lie angle of the TaylorMade M4 driver.

Most players prefer the maximum lie angle or URPT setting of 60° to avoid the tendency of repeated slices during a game. This setting also directs the clubface to the left of the target at the time of impact for right-handed players.

Some golfers who find that this setting has detrimental effects on their game because they hook the golf ball more than usual. The hooking takes place because the heel of the TaylorMade M4 driver gets positioned lower than the toe when it is upright. Moreover, there is a high chance of experiencing less consistent and less powerful swings.

The TaylorMade M4 driver is equipped with a non-removable 41g weight at the rear of its head towards the lower end. The standard weight can be substituted with any weight that works best for you.

The steps mentioned below help you to adjust the weight of the TaylorMade M4 driver.

It’s worth noting that if the replacement weight is lighter than the stock weight, the center of gravity of the driver increases to a considerable extent. This will result in lesser ball spin and low ball launch coupled with more distance.

It’s recommended by the manufacturer that the weight is not changed for the best results in the game. However, if it’s absolutely necessary that you do so, make the change only after you are done with some games using the M4 driver with the standard weight. This will let you know if you really need to change the weight that came fitted in your driver.

The TaylorMade M4 driver can be adjusted for a change in loft from the stated loft using the four-degree sleeve fitted on the hosel and the wrench that comes along with the driver. Each movement of the sleeve raises or lowers the default loft from as low as 0.5° to a slightly higher 0.75°.

A change in the loft of the driver will make appropriate changes to its face angle and lie angle as well.

The steps outlined here assist in changing the stated loft of the M4 driver without any hassle.

Increasing the loft has been favorable for players who want to hit draws. There is more ball spin, high ball launch, less distance and a partially closed clubface with this setting.

Decreasing the loft is ideal for golfers who wish to hit fades. There is a marginally open clubface, more distance, low ball launch and less ball spin with this setting.