How Do I Adjust My Mizuno ST-Z Driver?

To adjust the loft on your Mizuno ST-Z driver, you can turn the hosel that allows for 8 different settings. Increasing the face angle to its highest position will give the club greater loft raising the ball’s spin.

Decreasing the face angle to its lowest setting will reduce the loft as low as 8.25 or 7.25 depending on the model, essentially allowing for a straighter shot.

Mizuno is coming out with more advanced drivers every year that offer the ability to change the club’s loft, its lie angle, and face angle.

Some golfers don’t even know what this terminology means. So let’s go over these clubs and how their adjustments work, helping you to improve your game.

This article will cover the Mizuno ST-Z driver, briefly going over its characteristics and why it’s becoming so popular due to its technology. Then I’ll tell you how the adjustments work on the hosel and what you can expect from it. I’ll also cover both the 10.5 and 9.5-degree versions. Lastly, we’ll also look at the ST-Z driver in the same capacity.

Is the Mizuno ST-Z Driver adjustable?

Mizuno’s new range of ST drivers includes the ST-Z, which has an adjustable hose that can alter the loft of the ball through a four-degree range. The ST-X (the other driver in the ST range) also has this feature. One thing to note is that they don’t have the adjustable weights and tracks as its predecessor, the ST200 G. 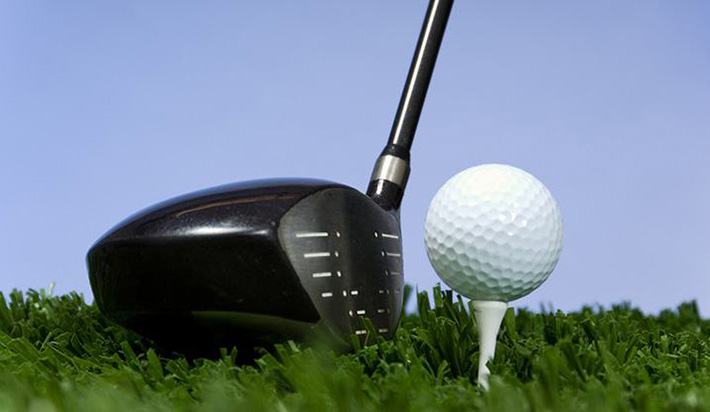 About the Mizuno ST-Z driver

The ST-Z is the driver out of the two options that offers the lowest spin. This makes it a little bit more of a stable choice if you intend for a driver to have this feature. It does sport similar features in its appearance to the previous Mizuno models, such as the ST-190 and the ST200 drivers.

It comprises a split carbon sole, meaning that there is carbon in the toe and heel section of the driver, creating an almost neutral weighting in the actual club head itself.

The Mizuno ST-Z driver offers weight redistribution towards the back of the club due to the actual weight being placed towards the club’s back.

The driver  provides a high MOI (moment of inertia), making it more stable increasing the likelihood of hitting a straighter shot.

Furthermore, it has a Super Alloy Titanium clubface called Beta Ti, SAT2041. The number indicates the percentage of metals found in the club that consists of 20% Vanadium, 4% Aluminum, and 1%Sn (tin). This ensures the club to have a 17% higher strength rating with 8% more flexibility compared to the traditional titanium face that we’ve seen before.

How do I adjust my Mizuno ST-Z Driver?

The first thing to note is that the Mizuno ST-Z driver comes with a variety of shaft options which we will not go into but will play a role in how you hit the ball due to the varying levels of shaft flexibility or rigidness.

Then it comes with two loft options, with them being 10.5 degrees and 9.5 degrees. These do come with an adjustable hosel that allows you to alter the loft, lie angle, and club’s face angle.

In its Standard and Upright position on the hosel, the ST-Z driver has a loft of 10.5 and a face angle of 1 degree. Adjusting the hosel to either increase or decrease the face angle will positively or negatively impact the loft.

Depending on if you change the face angle to a negative degree; this will elevate the loft angle, hopefully allowing you to put more spin on the ball.

If you increase the face angle (which can go up to 4 degrees), it will lower the ball’s loft. On its lowest setting, the loft of the ball will be as low as 7.25 degrees, offering you a more straight shot.

When compared to the ST-Z 9.5 driver, the only difference when adjusting the hosel will be to the loft. Meaning that the face angle can be adjusted from negative 2 all the way to 4 degrees, and the lie angles for each setting will be the same.

Overall, this means that you should opt to test out the 9.5 driver if you want to hit a straighter shot.

The Mizuno ST-X driver is more of a draw-biased driver when compared to the MT-Z. The carbon for this driver is situated in the toe but flows into the back section of the club. It further offers no carbon in the heel. This essentially creates a light toe and forces the weight into the heel, creating a draw bias.

The weight in the heel is further compounded by the actual weight of the club being placed in the heel,effectively creating even more of a draw bias.

This driver is designed for golfers with a slower swing speed, typically 90mph or less. Offering a lower MOI provides the ball with a greater spin which is better for slower swings due to the fact that the ball will stay in the air for longer, offering it to go further and provides it with a longer roll.

Starting with the 10.5-degree club with no changes made to the hosel, it will offer no face angle with a 62-degree lie angle. This is its Upright position. If turned to Standard, which offers the same elevation in the loft and no face angle, the lie angle will come down to 59 degrees.

One thing to note is that the lie angle, whether you are changing the clubface either positively or negatively, will be the same and will go from a maximum of 62 degrees all the way down to 59 in increments of 0.75 degrees.

We discovered that Mizuno’s new line of ST drivers comprises of the X and Z models, which have adjustable hosels to either increase or decrease the loft, allowing for a straighter shot or one with more spin.

Depending on if you want a club with a high MOI offering a straighter shot or one with tons of spin, these clubs go from one extreme to the next.

Adjusting the hosel is enough with flick and click, and that’s all it takes to change the loft and face angle on these clubs, essentially allowing you to break your golf game down into a science.