How Do I Adjust My Mizuno ST200 Driver?

Golf is a game of skill that requires years and years of practice. Luckily for us, we live in a day and age where technology is abundant in all aspects of our life, and golf is no exception. Mizuno now makes adjustable drivers that allow you to adjust the loft and lie angle of the ball as well as the center of gravity and MOI.

Placing the two 11gram weights on the heel track of the club will give the club a draw bias, hopefully turning a hook into a fade. Conversely, placing them in the toe will give it a fade bias helping with a slice. The hosel also has eight adjustable settings allowing you to adjust the ball’s loft by +- 2 degrees and its lie angle by 7 and 11 degrees.

This article will quickly cover Mizuno’s driver line of ST clubs, going over their similarities. Then we will take a detailed look into each club, its features, and how to adjust it if it is adjustable. Considering the adjustable Mizuno club, we will take a look at the weight placement settings and its loft and lie angle settings.

Mizuno has three drivers that make up their line of ST drivers, and they are namely the ST200, the ST200 G, and the ST200 X.

All these drivers have separate features, but there are similarities between them and before we discuss how to adjust the one model (the ST200 G), let’s first take a look at there similarities.

All the drivers are going to be made with a composite crown. This means that the weight that is saved from the crown allows them to distribute it in other places in the club.

Remember that the different models have the weight placed in various positions, thus influencing where the center of gravity is.

Additionally, they also all have wave technology in the club’s sole, which allows you to keep your ball speed a little higher. 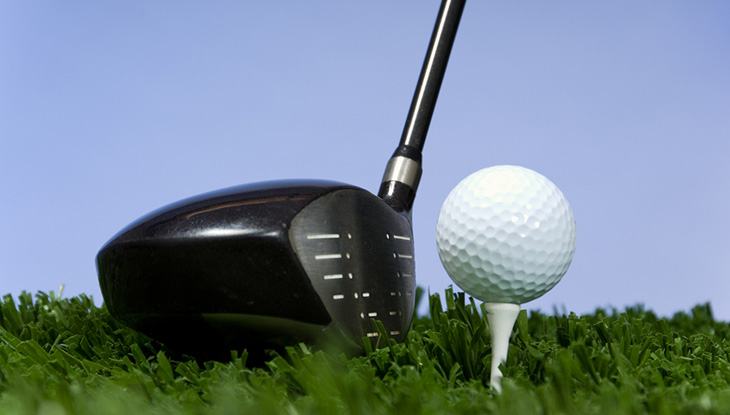 How to adjust the Mizuno ST200 driver

First up, we have the standard Mizuno ST200. This specific model is not adjustable, unlike the other two Mizuno models. The ST200 model comes with a weight situated at the back of the club that is fixed and weighs 11.5 grams. It is, however, the most forgiving club due to this aspect because having the weight situated so far back on the club does get the MOI (moment of inertia) really high. If simply hitting the ball really straight is what you are looking to achieve, then this club is for you.

How to adjust the Mizuno ST200G driver

The ST200 G comes with two moveable 11-gram weights that allow you to move the weights from the front of the club to the rear of it. Furthermore, you are also able to take both weights out or place two weights on one track.

Taking one weight out and placing it on the other track would allow you to have a lot of horizontal center of gravity movement, and this is great if you tend to hook or slice the ball (hit it left or right).

The face of this club has a red and green dot,and placing the two weights on the track situated on the toe side of the club would, in essence, move the center of gravity to the red dot. The red dot is located about 3 to 4mm towards the toe side.

What would happen if you were to hit a shot in the geometric center of the clubis because of the gear effect, you are going to get some twisting of the club. Hence, if you are a golfer that struggles with a hook placing the weights on the toe track would be beneficial.

Now, if you were to hit a ball in the geometric center of the club, it would twist in the opposite direction,hopefully helping you turn your slice into a fade.

What is great about changing the weights on the ST200 G is that it gives your approximately 8mm of horizontal movement when it comes to the club’s center of gravity which is slightly better than Mizuno’s 190 Series from before.

The next thing that you are able to adjust on the driver is its hosel that has an incredible eight settings. The hosel settings essentially let you adjust the loft by +- 2 degrees and the lie angle, which will optimize ball flight between 7 to 11 degrees. Below are the settings and corresponding degrees of the lie angle. Take note that each setting adjusts the lie angle 0.75 degrees.

How to adjust the Mizuno ST200 X driver

The weight situated at the back of the driver is similar to the standard ST200, but it also has a little weight located in the club’s heel. This doesn’t make much of a difference in terms of the club having a draw bias and when compared with the standard ST200. If you compare them to one another, the center of gravity is pretty much in the same place.

We discovered that Mizuno actually has many drivers in the ST range, and it would not be surprising to see more come out down the line. At the moment, their range consists of the standard ST200, the ST200 G, and the ST200 X.

Out of these three drivers on the ST200 G is configurable in terms of weights that you are able to move and loft settings that you can adjust on the club’s hosel.

Moving the weights on the ST200 G to the back will give the club a larger MOI causing more spin, while placing the weights in the front will reduce its MOI, causing less spin.

You are even able to place both weights on one track (the heel or tow side), giving the club either a draw or fade bias, depending. The hosel comes with eight settings, and referring to our chart, you can see that it will affect the loft of the ball by 2 degrees and the lie angle of between 7 to 11 degrees.

If you tend to hook or slice the ball, then you should definitely check out the ST200 G and take it for a test run. Who knows, perhaps it will help you get your game down to scratch.