How Do I Adjust My Mizuno ST190 Driver?

Mizuno’s line of ST190 drivers, including the G and Standard variant, were a far cry away from their ST180 models, and they have been building on that technology ever since.

Although released in February of 2019, many golfers love this driver, and many still opt to purchase it.

Both the ST190 and ST190 G have the same adjustable hosel that will modify the loft and lie angles of the driver by up to +/- 2 degrees when set accordingly.

The ST190 has a fixed 6g weight, while the ST190 G has two 7g adjustable weights with two tracks located in the heel and toe of the club.

If you have a Mizuno ST190 driver, either the Standard or G model, or you are looking to purchase one because in “golf years,” they are relatively “old” and therefore cheaper, then this article is for you. We will detail both the ST190 and the ST190 G going over all their features and how to adjust them.

Is the Mizuno ST190 driver adjustable?

Both the Mizuno ST190 and ST190G drivers are adjustable. These drivers have an adjustable hosel that has 8 settings. By adjusting the hosel, you can modify the loft and lie angle of the club (which we will discuss in detail how to adjust).

The next thing that both drivers have but which are different is the wights located on the underside of the club. The ST190 only has one weight which is not adjustable but fixed.

The 6g weight on the ST190 looks smaller than its predecessor, the ST180; however, they are the same size and add 300 gcm2 to the club’s MOI (Moment of Inertia).Due to the fixed weight at the back of the club, the ST190 offers a higher MOI than that of the ST190 G.

The ST190 G has two 7g weights located in the heel and toe position of the club along a track, and once adjusted, these weights can offer a neutral, draw, or fade bias.

We will detail how to adjust the ST190G weight tracks, but for the most part, you need to know that it offers more versatility than the ST190,and besides creating a draw or fade bias, the weights allow you to alter the spin of the ball with a difference of approximately 200rpm between the highest and lowest placements. 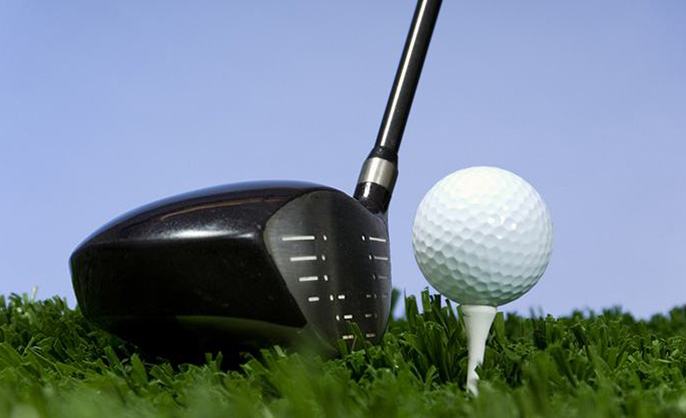 Both the ST190 and the ST190G drivers offer identical hosel adjustments that can be set to your preference.

The hosel will come positioned in the standard loft and lie angle of the club. Take note that this will be according to the loft your driver is. However, both drivers have the same adjustable hosel with the same settings.

The loft and lie angles will hence be adjusted the same (in 0.75-degree increments), but the degrees of the club you are using will vary accordingly.

Both the ST190 and ST190G hosel let you change the loft either plus or minus 2 degrees.

Note that the increments are in 0.75 degrees, and adjusting the hosel on any of the drivers that come with any loft will still result in the hosel changing the loft increments by 0.75 degrees either way.

It is essential to understand that this chart will effectively be the same for both left and right-handed players.

Furthermore, Mizuno has used the same hosel technology on their current models, which include the ST-Z driver. Hence, the loft and lie chart for all Mizuno drivers seem to be the same.

Although the ST190 has a fixed weight that is not adjustable, it is removable. Hence, if you feel that the club’s MOI could be reduced, you are able to remove the 6g weight with the adjustment wrench.

The ST190 G features two 7g adjustable weights that can be moved along two separate tracks located in the heel and toe of the club.

Having both weights placed forward on the tracks (toward the clubface) will reduce spin. This is especially true for downward angles of attack, including higher swing speeds.

The lowest spin will be achieved by placing the weights in the most forward position while slightly adjusting them away from the front will result in a medium spin.

An excellent feature is that you are able to remove the weights and place them on the opposite tracks if you so choose. This means that you can essentially create a driver with a draw or fade bias depending on which track you place both the weights in.

To create a driver with a fade bias, you will place both weights in the toe track and adjust the weights accordingly. Remember that positioning the weights toward the front of the club will reduce spin, while placing them to the rear will increase it.

Conversely, if you would like to have more of a draw bias, then you will place the weights within the heel track. Remember again that placing the weights towards the front will reduce spin and will increase it toward the rear.

The last thing to note is that it is your choice to place the weights and use as many weights as you see fit. All you need to do is adjust and substitute the weights and hosel that goes with your play style.

We discovered that Mizuno, in February 2019, released their line of ST drivers that included the ST190 and the ST190 G.

Both drivers offer an adjustable hosel that has eight unique settings allowing you to adjust the loft and lie angle of the drivers effectively. Remember that the ST190 comes in two lofts. The two lofts for the ST190 are .5 and 10.5 degrees, while the loft for the ST190 G is only available in a 9-degree loft.

Take note that adjusting the hosel will effectively adjust these lofts by 0.75 degrees per placement.

We also discovered that the ST190 has a fixed 6g weight located at the back of the club, which is not adjustable, although it can be removed and replaced with heavier or lighter aftermarket weights.

The ST190 G has to movable 7g weights positioned in two tracks, one located in the heel and the other in the toe of the club.

Adjusting the weights in the tracks forward and backward will effectively increase or decrease the spin of the ball. Placing the consequences in the front of the club will essentially cause it to have the least amount of spin.