Is the Titleist TSi4 driver adjustable?

Yes, the Titleist TSi4 driver is adjustable. The driver supports two types of adjustments, namely, the SureFit hosel adjustment and the weight adjustment.

How do I adjust SureFit hosel on my Titleist TSi4 driver?

The SureFit hosel in the Titleist TSi4 driver encompasses a ring and a sleeve that are used for the adjustment. The sleeve is located above the ring. The ring has four numbers 1, 2, 3 and 4 marked on it while the sleeve has the letters A, B, C and D on it.

The ring and sleeve work in unison to offer sixteen different combinations of loft and lie angles including the standard setting.

The following steps guide you on how to do the ring and sleeve adjustment on the SureFit hosel in your right-handed Titleist TSi4 driver using the wrench that came along with it.

Golfers tend to record more spin and high launch when the stated loft is increased. However, this setting makes them have to compromise on their distance. The draw is maximum when the driver is set to the A3 position with both the loft and lie angle at their maximum values.

On the other hand, decreasing the loft allows them to gain extra distance but the ball spin is less and the launch is lower. This results in a fade with the maximum fade being achieved in the C1 position with the loft as well as lie angle at their minimum values.

When the lie angle is increased to more than the standard value, the TSi4 driver becomes more upright.

Players prefer this setting to avoid repeated slices in the game. The clubface gets directed to the left side of the target with the upright setting. The swings are also often less consistent and less powerful.

On the flip side, setting the driver upright promotes hooks as the heel tends to get positioned at a lower level than the toe. The toe fails to make contact with the ground at the time of impact.

When the lie angle is lesser than the standard value, the TSi4 driver tends to become flat.  The shots get directed to the right. The heel will not make any contact with the ground during impact.

For any upright or flat lie angle setting, the ball will initially travel off the target line by a few yards.

The above settings are slightly different for a left-handed driver that has D4 as the default settings. The different setting options for this driver are explained in the table below. 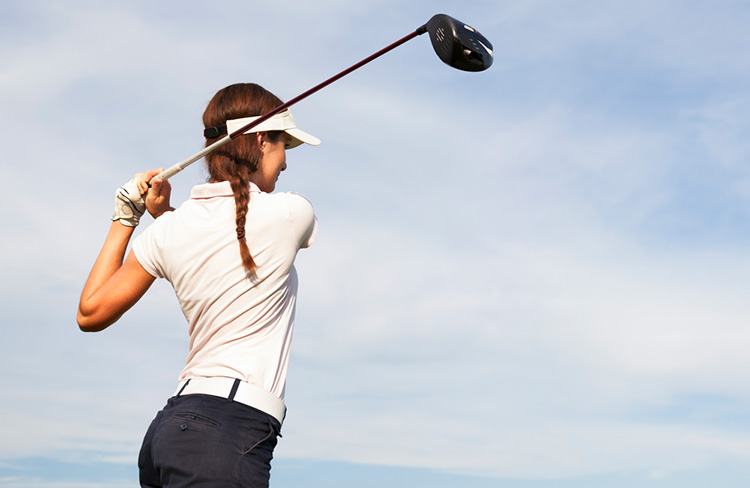 The Titlist TSi4 right-handed driver comes in three stated loft options of 8°, 9° and 10°. The left-handed version is available with just one loft option of 9°. Both drivers feature the same standard lie angle of 58.5°. The two drivers support 16 loft and lie angle combinations including their default settings.

It’s worth keeping in mind that the standard setting is different for both drivers. This setting is A1 for the right-handed driver whereas it is D4 for the left-handed counterpart. The change for both the drivers is with respect to the loft.

The tables given below are the adjustment settings for a Titleist TSi4 drivers with a 9° loft.

The Titleist TS4 driver features a head weight adjustability mechanism that allows you to change the weights in increments of two grams ranging from as low as -4g to as high as +4g. In other words, you have weight options extending from 8g to 16g. Most of the weights are available in neutral, Draw and Fade versions.

The weight has a marking on it specifying its type. For instance, a circle marking indicates that the weight is of neutral type with the weight equally balanced at both ends. The + and – markings on the Draw and Fade weights indicate their heavy and light ends respectively.

You can use the same wrench that you used for shaft adjustment to help you with sliding the weight in and out for adjustment. The steps given below tell you how to go about the weight adjustment process.