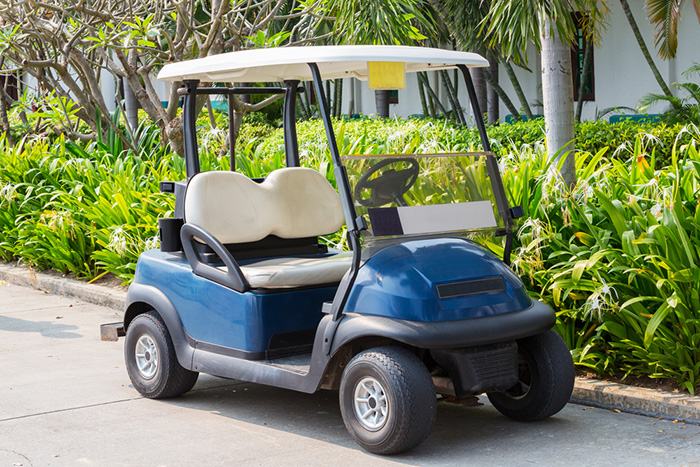 How to test a Club Car Golf Cart Ignition Coil?

Testing the coil on a golf cart is required due to a bad ignition coil or a problem that may run deep in the engine. Coils are intrinsic to every golf cart and the ignition system powers the spark plugs.

Steps to test the ignition coil on a Club Car Golf Cart:

How to change a Club Car ignition coil?

The Precedent from Club Car needs replacement of its ignition coil on most occasions especially after running for some time.

There are specially manufactured ignition coil pullers which can be used to get the ignition coil of a golf cart replaced. Such tools help to speed up the entire process of getting the coil replaced at the earliest.

The design of an ignition coil resembles that of a transformer. One of the major objectives of an ignition coil is to let a high voltage be induced from a low voltage. There is a laminated iron core which has the task of getting the magnetic field amplified.

The primary wiring is connected to the secondary wiring via a connection to the terminal. That is used during regular coil production.

It can also be due to any sort of mechanical damage to the ignition wires due to a faulty valve cover gasket or oil leakages.

The main cause of golf cart ignition coils going bad is the wearing out due to a bad spark plug ignition cable. When a bad plug is inserted, it will have a much higher resistance value.

During such high resistance a high amount of voltage gets generated from the secondary wiring of the ignition coil.

The excess amount of voltage ends up creating a higher amount of heat which ends up melting the coil’s wire and insulation.

How to tell which ignition coil is bad?

It is recommended to start using the ignition coils on the back side. Since the heater hoses are placed there, post starting the engine it would not be possible to reach there. Remove the boot and inspect all the coils to figure out which coil is the faulty one.

Keep in mind that the coils record very high voltage. Replace the coil post being detected. It has to be checked if the spark plug is also causing any sort of additional concerns.

The symptoms of an ignition coil failure are as follows:

Misfiring of engine and loss of power:

There may be rough rides, loss of power or engine misfires. The golf cart may even get bogged down in the long run.

Golf Cart not starting in one go:

If you experience that the Golf Cart is not starting in one or two goes, then it is an indication that there may be a failure in ignition coil.

If the Check Engine light comes on quite frequently, that may be a cause of concern. It happens when there is a glitch detected in the ignition coils. Better to get it checked by a technician in such scenario.

How much does it cost to replace the ignition coil on a golf cart?

The average cost of replacing the ignition coil of a golf cart ranges between $264 and $376 based on the exact problem detected in the golf cart along with the model and manufacturer.

Can I just replace one ignition coil?

There is only one ignition coil in an engine cylinder; hence the condition of one has no bearing on the other. This means an ignition coil can be replaced after the faulty one has been identified.