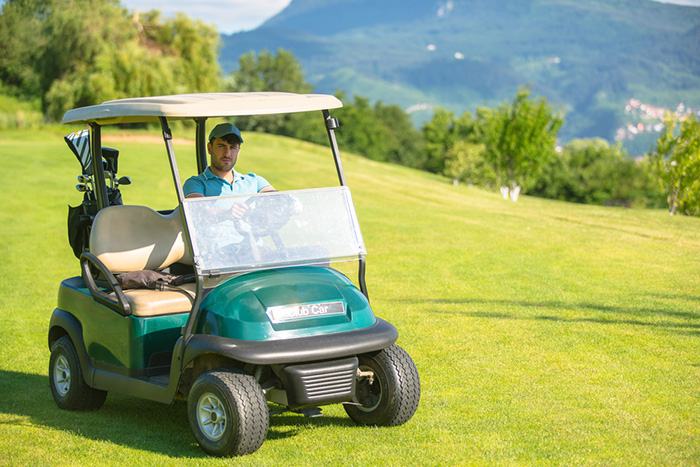 Why does my EZGO golf cart keep beeping?

An EZGO golf cart can keep beeping because of a faulty battery, overcharging of batteries, or a faulty controller.

After the engine becomes active and the accelerator is pressed, it generates a sound like something I clicked. It is here to note that one can hear this sound only when someone presses the accelerator.

The codes below want the back wheel to remain at a raised state before the functional test is done.

EZGO Beep Codes (while under load)

The codes provided below demand the vehicle to work under load when the tests are conducted.

How to Fix an EZGO golf cart that continuously beeps?

At first, you need to check the battery. Do charge the battery if it needs the same; replace it entirely if it is dead. Otherwise, simply know that this is a matter of faulty connection, which should be solved only by reaching an expert mechanic.

Why does my EZGO golf cart beep 3 times?

On such occasions, it is advised to connect the meter with one of the batteries and go on a quick ride upon testing every battery with the load. Furthermore, the battery should be recharged or be replaced when needed.

An EZGO golf cart that is beeping while charging indicates that the golf cart is in reverse mode or it’s missing throttle input when running.

It is advised to turn the tow switch and ensure that the batteries get charged until it reaches 50v. The battery should get switched off at +/- 63v by battery state.

Any EZGO that beeps while driving indicates that the battery is faulty. A faulty golf cart battery leads to a low voltage fault code getting signaled.

You should first charge the battery and see if this resolved the beeping issue.

If the problem persists, one should check each of the batteries. Properly charging the batteries can certainly fix the issue. However, one might have to replace the battery if needed.

This happens due to the breakage of control wires or switches for a moment. On such occasions, it enters into a mode of emergency stoppage, and the beep sound occurs. Though any of the switches may break, the most probable among these is certainly the reed switch.

The prime reason that a EZGO TXT keeps beeping is due to a clogged up microswitch. This might also happen when the same arm is bent.

The best way to address the issue is to plug any of the wire out of the alarm or out of the microswitch.

The beeping sound should stop immediately. Otherwise, you should connect with expert mechanics.

Ceaseless beeping of a EZGO RXV occurs mainly due to damaged brake. When the brake remains at an affected state, nothing else but replacement of the same is recommended.

Most importantly, you should consider only replacing with OEM EZGO standard duty brake. It can be extremely annoying to keep on with RXV when the brake test doesn’t succeed.

The issues of constant beeping of an EZGO PDS occur due to a cross-connection between the pins within the plugs.

You should not put the Tow switch within the Tow as it won’t end the beeping sound.

The best recommendation would be to keep the plug out of the entire five plugs over the controller, and the most appropriate option would be to use a hairdryer. However, you need to ensure that the hairdryer is always used through the plug-in and jacks.

Make sure everything on the controller is plugged out. Most importantly, all these should be pulled back at a stretch.

The 1998 EZGO beeping noises mostly occur with damaged DCS carts, where the DCS controller has failed.

The best way to know whether it is a DCS is to check whether it possesses a Run/Tow switch over the controller cover.

Most people claim that the design of the DCS controller of Curtis 1206SX is a bit faulty. I recommend using the Alltrax DCX installed or XCT controller.

For greater endurance of the battery

Noteworthy is that a completely charged golf cart’s battery can endure a temperature of as lower as -90 degrees Fahrenheit.

A thoroughly discharged cart battery freezes at a temperature of around +32 degrees Fahrenheit. Those having lead-acid batteries must understand that these get discharged at around one percent in a day. If the battery pack cables are not connected out of the controller, the controller drags current, thus growing the discharge rate.

To ensure that the batteries do sustain for storage during winter, one must go for a boost charge a minimum of 30 days.

It’s not just about the poor battery issue; or poor connectivity issues can also cause beep. The weak connection can also occur due to a weak battery.

Irrespective of the case, proper charging of the battery can also do the job. Sometimes people just make the plug out, which stops the battery from getting completely charged.

The issues of such may also occur due to component faults. Here one needs to keep check of the controller board. On most occasions, the problem occurs due to a troubled capacitor.

If it beeps in an hourly fashion, the best recommendation would be about pressing the mode key while holding the reset key.

On most occasions, the 2009 EZGO beeping issue occurs due to interlocked chargers. If the beeping is constant, you will need to replace the charger receptacle.

This may occur due to brake issues as well. If this is the reason, one must first identify the particular part number of the concerned brake broken, as per which replacement or troubleshooting can be done.

It can also occur while excessively tightening the hardware while installing.

link to Why Yamaha Golf Cart Motor/Engine is Too Hot (Overheating)
How hot should a Yamaha golf cart motor get? Generally, a temperature of 170ºF is considered reasonably safe for your Yamaha golf cart motor.  If the temperature exceeds 250ºF this indicates a serious problem. In simpler terms, if you can touch and hold your cart motor for 5 secs without burning your fingers then there […]
Continue Reading
link to How to Fix a Jerky Club Car Golf Cart
Why does my Club car golf cart jerk when accelerating? The main reason why a  Club car golf cart jerks when you accelerate it is due to a misaligned Inductive Throttle Sensor or dirty clutch. Causes of jerky Electric golf carts: 1] Water-logging in some of the components of your electric golf cart can result in […]
Continue Reading