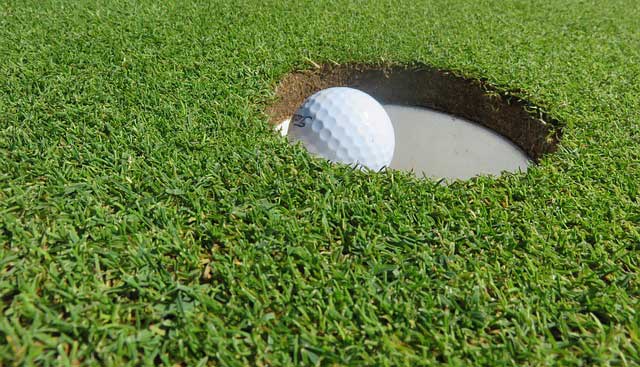 What is the Average Golf Ball Spin Rate?

What is Golf Spin Rate

What does golf spin rate mean? Golf ball spin rate is the amount of spin on the golf ball once the ball is hit and separates from the clubface of the golf club. Spin rate is measured by RPM (revolutions per minute)

Spin rate is very important as it has a direct impact on the height achieved, and the distance your ball will travel. Spin rate is measured in rotations per minute (rpm).

Golf ball spin rate can be measured using the imaginary line that the golf ball travels along and looking at the balls rotation during the impact and its journey through the air.

A higher launch angle and increased spin rate help keep your golf ball longer in the air while also increasing the distance of the shot.

If your spin rate is high coupled with a faster swing, the overall distance that the ball covers goes down. Lower the launch angle a little to rectify this situation.

How to Lower Spin Rate on Driver

Lowering the spin rate on your driver could help you hit longer shots. A higher spin rate can decrease the overall distance that your ball can travel. To lower the spin rate, follow the steps given below.

How to Increase Spin Rate on Driver

Increasing the spin rate would mean shorter overall distance achieved by the golf ball. Also, if you’re playing on a windy day, a higher spin rate can get further accelerated by the wind which will launch your golf ball not too far away from your feet.

Ideal Spin Rate for a 6-Iron

Multiple factors affect the spin rate, of which friction is the most important. The friction between the golf club and the ball has a prominent effect on the spin rate.

If the grass in your golf course is held firmly by the ground, there is less chance of the grass coming in between your clubface and the ball. When the grass gets in the way, the friction between the two goes reduces. This decreases the spin of the ball.

Ideal Spin Rate for a 7-Iron

A decreased angle of attack (AoA) and a high loft angle will produce more spin while the reverse will help you achieve a lower spin rate in combination with a longer shot.

Ideal Spin Rate for an 8-Iron

Ideal Spin Rate for a 9-Iron

The ideal spin rate average for pitching wedge is 9304rpm on a PGA tour while it’s 8403rpm at the LPGA tour.

A lower spin rate and a lower ball flight bring control while handling a sand wedge. A higher spin rate can ruin the shot.

Read more:  How I increase my golf club distance