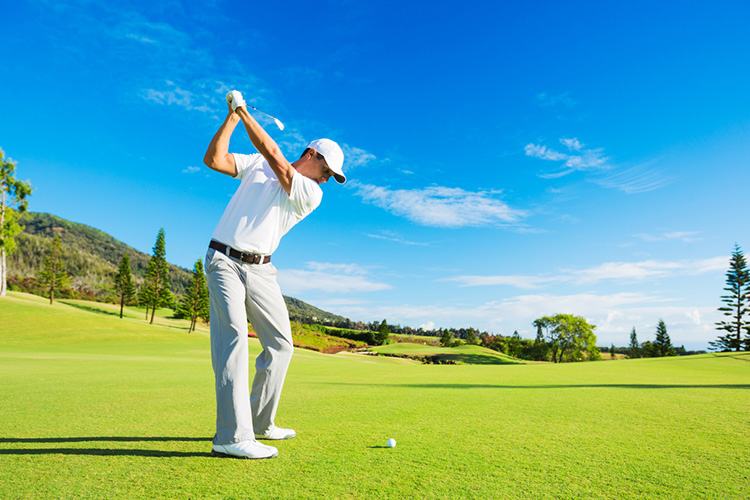 A 200-yard golf drive is a good distance for an amateur golf player.

For a male golfer, a long drive would be between 280-300 yards. But practically, very few golfers reach that number.

According to the same report, a female golf player hits an average distance of 148 yards. All club golf players find it difficult or do not reach close to the 300-yardstick.

The main reasons why the average golfer isn’t able to hit 200 yards is due to poor technique, rapid swing, insufficient knowledge and lack of practice.

Several golfers lack proper technique in striking the ball. It is a very important aspect of the game of Golf.

A golfer can strike the ball beyond 200 yards with enhanced technique.

The correct technique is to use the right body position for swinging. For a backswing, you should turn your shoulders to the side when you swing the golf club.

For a downswing, the hips and the legs should be the base and should stay throughout the swing and during the follow-through.

The average golfer swings way too fast or more than what’s required in an attempt to strike the golf ball harder. If the golfer’s arms move quicker during the body’s circular movement, then the player would be far from replicating the same swing once again, thereby rendering inconsistency.

The swings will be much more consistent if the player pays more attention to the rotational speed of his/her body and start striking 200 and above drives regularly.

Lack of knowledge about the game is another reason why most golfers struggle to strike the ball 200 yards and beyond. Average golfers are more engrossed in purchasing the latest tools and equipment under the false impression that these will drastically enhance their game.

It’s recommended to learn the game from a qualified professional or a golf coach.

A poor practice schedule is another reason for not being able to hit 200 yards or beyond. To become a professional golfer, you must practice the game for at least five days a week for six hours every day. This may not be practically possible for every player. However, having a mindful approach towards the right and wrong aspects of the game will go a long way.

The average golfer will be more likely to hit beyond 200 yards without any problem if he has a reasonable swing speed.

You will be able to hit only 200 yards if your technique is the problem. Striking a ball properly depends on your posture, technique, and power.

You will require less power but more technique and skill to hit beyond 200 yards. Your swing speed will determine the power that is required for hitting the ball.

What is the swing speed for a 200-yard drive?

A swing speed for a 200-yard drive is 80mph. A golfer needs to understand that the swing speed controls the distance of the ball.

The table below gives the maximum distance that a golfer can achieve with his driver based on his swing speed:

If a club head’s speed is improved by 1 mph, it will help to strike the ball 2.5 yards farther.

A 10-mph speed increase will result in giving a distance of additional 25 yards.

To hit a 200-yard drive, one must hit the ball accurately, focus on striking the center of the driver and maintain a strong grip on the ball.

Accuracy in hitting the ball is of utmost importance for reaching the 200-yard mark. Attack angle also plays a role in achieving this distance. It is an upright angle (up-down) at which the clubhead moves on impact.

The below table from Trackman depicts the impact on distance due to positive and negative attack angle using a driver.

A golfer with a 90-mph swing speed can extend the carry distance from 191 yards to 214 yards just by altering the attack angle from -5 degrees to 5 degrees. It clearly shows that anything this small has a huge impact on the swing.

If you want to strike the driver farther than usual without purchasing an expensive driver or a wild swing, the best way to increase the carry distance is to change your attack angle.

Focus on striking the center of the driver

The ideal place to hit the ball would be from the center of the clubhead, also known as the sweet spot. This is an excellent alternative to achieving maximum distance instead of increasing the clubhead speed. It is imperative to hit at the center.

For instance, if it is assumed that your average drive is 180 yards off the tee, missing or failing to hit the center of the clubhead by even one inch could result in a loss of approximately 1 percent of the distance.

Instead, if the golfer strikes the ball right at the center, then that would translate to an instant gain of a distance of 20-25 yards.

Maintain a strong grip on the ball

One error that golfers typically make is that they do not have a powerful grip on the ball. A powerful grip enables the correct release of the clubface, which further results in increased distance.

Additionally, the most common issue faced by amateur players is slicing the golf ball. This is a result of an open clubface on impact.

The ideal way of managing the clubface properly is to ascertain that your hands are placed firmly on the club. It is also beneficial to place yourself in a strong position by ensuring that 2-3 of your knuckles on your left hand are visible at the point of address.