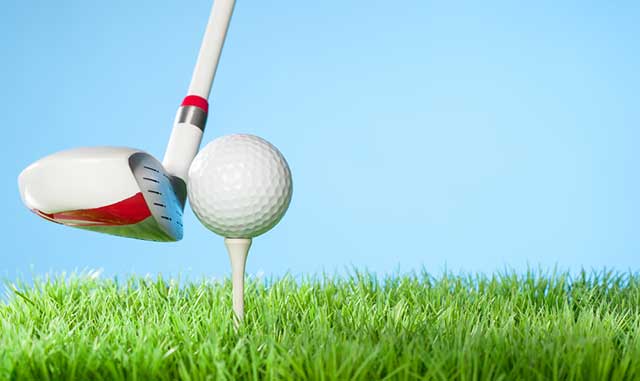 When to Use a 4 Hybrid Golf Club

A 4 hybrid golf club can be used in place of any hybrid club. This type of golf club is primarily known for its versatility. It is also accurate and consistent at the same time. Based on these characteristics, you can use a 4 hybrid in almost any situation.

For example, you can use your 4 hybrid to hit your shots off the tee, from the rough and off the fairway. This is true even if you are not able to use a driver properly.

When you use the club for hitting shots from the rough, its smooth edges lessen the drag through the thick grass. Moreover, because the clubhead of a hybrid is capable of cutting through the roughs, the hybrid can chip a ball when you’re near or around the green.

In a nutshell, a 4 hybrid can help in overcoming the difficulties faced with a long iron to make the life of golfers easier and more comfortable.

What Iron does a 4 Hybrid Replace?

However, a 4 hybrid often helps a golfer to perform better compared to using a 4 iron. There is also a difference in the playing style because the shape and mass distribution of both the golf clubs are different even though their lofts are usually the same.

Though the 4 iron and 4 hybrid golf clubs should have the same carry distance, high handicappers experience a slightly longer distance with the hybrid. Also, a 4 hybrid does not need a very high swing speed like a 4 iron. You also don’t have to hit the ball with extra force using a hybrid.

While the 4 hybrid functions like a 4 iron in some cases, there are other aspects where one excels over the other.

A 4 hybrid is mostly used to hit into the greens and record more GIR percentages. The Green in Regulation (GIR) percentage is a statistical figure that is considered in professional golf tours. This statistic is based on the number of successful hits out of the green). This is most often the case irrespective of the players’ handicap level.

A 4 iron is more useful to hit more fairways. People with less than or equal to a handicap of 5 are able to often put their 4 iron to better use than the hybrid in this case.

Players with a higher handicap, however, fare more or less the same way with both a 4 hybrid and 4 iron.

The difference in distance covered by both the golf clubs when playing off the tee tends to be prominent only for people with very low and very high handicaps.

The yardage gap is around four yards more with a 4 iron, while for high handicappers the extra distance is only two yards. This distance almost evens out for handicappers of other levels.

For approach shots, players of almost all levels tend to cover a better distance of three to five yards more with their 4 hybrids, barring high handicappers. These golfers play marginally a longer distance of a couple of yards with 4 irons.

How Far does a 4 Hybrid Go?

A 4 hybrid undoubtedly goes a lesser distance than a 3-hybrid but offers longer yardage than a 5-hybrid. However, there is no fixed distance that you can expect your 4 hybrid to cover.

According to PGA professionals, a 4 hybrid offers more carry and less rollout in contrast to the substitute 4 iron. However, according to LPGA estimates, the maximum distance offered by both the clubs are the same.

The distance hit by this club primarily depends on two key aspects namely, the skill and experience as well as the gender of the golfer.

On average, golfers cover a maximum distance of 160 yards to 210 yards when they use their 4 hybrid golf clubs.

As with any golf club, the distance rendered by female players is lesser than what male golfers are able to cover with a 4 hybrid. This is usually a maximum of 120 yards to 170 yards.

Average Distance of a 4 Hybrid

The average distance covered by any golf club in yards, including the 4 hybrid, is about 10 yards more than the 4 iron because of the trajectory and design of its clubhead.

This distance depends on various factors in relation to the golfer. These include the player’s gender, fitness level, height, swing speed, and golf ball type used, to mention just a few.

It also depends on whether the golfer is a short, mid, or long hitter. The distance is calculated taking an average amateur as the benchmark.

An average male amateur can cover a distance of 154 yards, 179 yards, or 194 yards with his 4 hybrid depending on whether he is a short hitter, mid hitter, or long hitter.

The corresponding 4 hybrid distances for an average female amateur based on if she is a short, mid or long hitter are 91 yards, 119 yards, and 154 yards respectively.

Some players have managed to achieve a distance of 185 yards to 190 yards from the fairway with their 4 hybrids. Sometimes the hybrids have helped to cover a distance of around 200 yards when these golfers hit their shots off the tee.

Some golfers experience a lesser distance of 180 yards with their hybrids while those who use this club as a substitute for a 7-wood have covered more than 220 yards.

A few players who use a 4 hybrid with an OEM shaft have been able to hit 175 yards off the deck and 180 yards off the tee with no ballooning and a high launch trajectory.

The average distance hit using a 3-hybrid is 10 yards more than what is hit using a 4 hybrid. This is irrespective of whether the golfer is a slow-speed, medium-speed, or a high-speed swinger. In the case of a 3-hybrid, this distance is estimated to be 190 yards while it is 180 yards for a 4 hybrid.

Some differences between a 3-hybrid and a 4 hybrid in terms of distance covered, as experienced by players are given below.

As with any hybrid golf club, the loft is a key aspect of a 4 hybrid. The loft of this club is often higher than that of an iron golf club or a wood golf club that has the same number.

Most hybrid clubs now offer adjustment of the loft in a range of 3° to 5°. The 4 hybrid is often characterized as a hybrid club with a medium loft because it can be regarded as an alternative to a 4 iron. There are certain instances when the 4 hybrid club is considered to be a high loft club.

A 4 hybrid club typically has a loft of 24°. Some manufacturers tend to offer their 4 hybrid clubs with a slightly lesser loft between 22° and 23°. In this case, the hybrid serves as a medium loft club.

On the other hand, the hybrid provided by some other manufacturers has more loft ranging from 25° to 28°. A 4 hybrid with a loft in this range is termed as a high loft club.

The shaft length of a hybrid is usually closer to the shaft length of the long iron that it tends to replace and is shorter than the iron by only 0.75 inches. This is true irrespective of whether the hybrid has a lightweight steel shaft or a graphite shaft.

The shaft length is lesser by about two to three inches than a fairway wood that features the same loft.

It is worth noting that quite a few manufacturers tend to make their hybrids longer than their corresponding irons by a maximum of 1.25 inches.

When the shaft length of a hybrid is too long, it tends to affect the players’ game as they tend to experience poor ball contact and more shot dispersion.

A 4 hybrid iron with a 24° loft for males has a length of 38.5 inches if it has a steel shaft. The length of a graphite shaft is instead 39 inches.

The corresponding sizes for women are 37.5 inches and 38 inches respectively. The shaft length of a 4 hybrid with 22° loft is typically 39.5 inches.

Some noteworthy differences between a 4 hybrid and a 4 iron are given above in the ‘Is a 4 hybrid the same as a 4 iron’ section. Some additional distinguishing features are given below based on input from players who have used both the golf clubs.