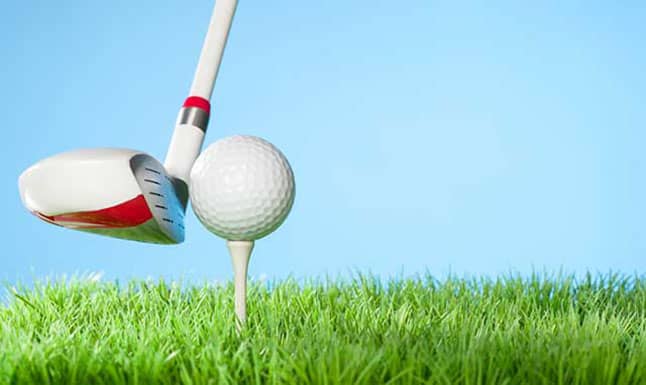 What is a 2 Hybrid Golf Club?

A 2 hybrid golf club is often chosen as a replacement for the 2 iron club. The 2 iron is preferred over the 2 iron as it helps golfers with inconsistency and airborne shots.

The 2 hybrid helps players to overcome problems that many players have when using long iron, and make playing easy and enjoyable.

There are some golfers who even prefer to use a 2 hybrid as a substitute for their 3 irons or 5 woods.

When you’re trying to make your decision between a 2 hybrid and a 3 wood, you must take into account the various instances when the clubs will be put to use and the courses where you would be playing.

The following are some differences between a 2 hybrid and a 3 wood:

Some players do better with a 2 hybrid on tricky lies and off the deck when compared to a 3 wood that is ideal for off the tee shots, short par 4s and approaching par 5s in twos.

A 2 hybrid covers a slightly lesser distance, unlike a 3 wood because of the shorter shaft. While a 2 hybrid gives a distance of 235 to 240 yards, a 3 wood helps players achieve about 250 to 260 yards.

I have found that a 2 hybrid helps me perform better on the course and more confidently on fairways compared to using a 3 wood.

Players have better control when they use a 2 hybrid, especially when playing in windy conditions. This control is helpful in achieving a lower flight. A 2 hybrid is also more consistent while a 3 wood results in slicing and striking inconsistencies.

You may experience a slight draw when using your 2 hybrid. However this chances increases when using a 3 wood.

You must take into consideration the two parameters mentioned in the above section when you’re trying to decide on whether the 2 hybrid or 5 wood best fits your golf bag.

The differences between a 2 hybrid and 5 wood golf club are:

Some golfers cover at least 10 to 15 yards extra with a 5 wood when they play from the fairway. The distance is the same or the difference minimal for the 2 hybrid and 5 wood when used from the rough. However, the hybrid flies lower than the wood.

2 hybrids have been found to be more versatile by some players. They commonly say that they achieve greater control and more consistent shots when choosing a 2 hybrid over a 5 wood.

2 hybrid golf clubs are more forgiving on mishits, unlike 5 wood clubs. However, some of them have found the reverse also to be true.

They are able to hit the ball better out of the rough into the fairway when they use a 2 hybrid as against a 5 wood. The hybrid is also more suitable around the greens as well as in very tight lies.

On the other hand, the 5 wood does a better job when both the clubs are used to deliver high shots over tall trees.

They can hit low penetrating shots better with a 5 wood in contrast to a 2 hybrid.

Some players are able to achieve better accuracy and hit their shots with ease when they use a 2 hybrid in place of a 5 wood.

They opt for using a 5 wood golf club instead of a 2 hybrid golf club when they want to launch the ball as high as possible so that it can have a soft landing.

There are some noteworthy differences between a 2 hybrid and a 2 iron.

What Golf Club does a 2 Hybrid Replace?

Most golfers replace a 2 iron with a 2 hybrid. This is because the 2 hybrid is easier to use, and offers better control.

Often, hybrids are used to replace woods or irons because they are the easiest to hit with. However, it’s important that you choose the right golf club as a replacement.

A 2 hybrid can be used as a replacement for an iron golf club or a fairway wood. When it’s used to substitute your iron club, it can be used in place of the 2 iron that is a long iron.

On the other hand, if you want an alternative for your fairway wood, you can replace the 5 wood in your golf bag with a 2 iron.

What is the Average 2 Hybrid Distance?

The average distances covered by amateur male short hitters, mid and long hitters with their 2 hybrids are 176, 205 and 222 yards respectively. The corresponding distances for female amateur golfers are 104, 137 and 176 yards.

Last but not least, the average distance depends on other factors such as gender, fitness level, ball type, swing speed, height and how well the player is capable of hitting the ball.

Some players manage to achieve a distance of 235 to 250 yards using 2 hybrid golf clubs. However, there are golfers who cover a longer distance of 260 yards with the same club. There are also players who cover 205 to 215 yards or a couple of yards extra with the 2 hybrid.

How Far Should you Hit a 2 Hybrid?

As mentioned above, all golfers do not achieve the same distance with their 2 hybrids. Professionals and male players often tend to hit farther with the club than their amateur and female counterparts.

The average distance achieved by amateur men golfers ranges between 175 and 225 yards. In contrast, the distance for amateur women players varies between 105 and 175 yards.

The maximum distance that players have achieved with their 2 hybrid golf clubs is around 260 yards.

What Degree of Loft is a 2 Hybrid?

A 2 hybrid is considered to be a hybrid golf club with a moderate loft of 18 degrees. Hybrids with moderate lofts tend to have their lofts ranging between 18° and 22°.

The degree of loft of a 2 hybrid may show a slight variation from manufacturer to manufacturer. However, the most common loft degree for this club is 18°. There are 2 hybrid clubs that have higher degrees of loft of up to 20°.

What is the Length of a 2 Hybrid?

A 2 hybrid with a steel shaft usually has a length of 39.5 inches. The corresponding size for the hybrid club with a graphite shaft is 40 inches.

Which Club Should you Choose?

If you’re looking for a golf club to play on tricky lies or fairways, you can consider choosing a 2 hybrid. This club is also worth considering if you don’t want to compromise on your shot accuracy and consistency.

However, if you want a golf club that helps you to achieve maximum distance with minimum or no requirements, you might consider including a 3 wood in your golf bag.