Yes, the TaylorMade SIM2 Rescue hybrid is adjustable. The loft and face angle adjustments for all three hybrids in this series are the same. The adjustability helps you achieve your desired loft and distance.

No, the TaylorMade SIM2 Max Rescue hybrid is not adjustable. The club has a fixed hosel that makes the adjustment impossible. None of the five hybrids in this series can be adjusted using the hosel that comes with them.

How do I adjust my TaylorMade SIM2 Rescue hybrid?

You can adjust your TaylorMade SIM2 Rescue hybrid using its adjustable hosel and loft sleeve. The stated loft can be increased or decreased to promote a draw or a fade.

Stepping up the loft paves way for increased ball spin and launch, but it is a compromise to the distance. The clubface closes partially and the trajectory is inclined to the right for right-handed golfers. Stepping down the loft has the reverse effect.

Players are able to gain on distance but will encounter decreased ball launch and spin. Furthermore, the trajectory gets directed to the left.

The main difference between the SIM2 Rescue and Sim2 Rescue Max hybrids is that the Sim 2 Rescue Max Hybrid doesn’t support adjustability.

The SIM2 Rescue and SIM2 Rescue Max hybrids are both rescue clubs designed by TaylorMade to function as rescue clubs and suit anyone ranging from a tour player to a player with a high handicap.

While they have a few similarities, the two hybrid clubs also have a wide range of differences. The key points of distinction between them are given below.

This is the major point of difference between the two rescue hybrids. The TaylorMade SIM 2 Rescue hybrid supports adjustments of its face angle and loft for all their clubs. This adjustability allows players to set the same hybrid for a draw or a fade, based on personal preferences.

The SIM2 Rescue comes with a comparatively overall narrower body, compact head and a flatter face than that of the SIM2 Max Rescue hybrid that allows players to render mid-spin and mid-launch shots.

In other words, the former hybrid sports a subtle, sleek and modern look while the latter hybrid appears clunky when there is an impact.

The TaylorMade SIM2 Rescue is ideal for golfers who wish to swing their hybrid like an iron and make contact with the turf at the time of impact. This makes it a good choice for seasoned players.

However, the TaylorMade SIM2 Rescue is best suited for those who want to use the hybrid like a fairway wood and hit shots off the turf.

The SIM2 Rescue hybrid is equipped with a sole weight that makes swinging the hybrid less of a challenge. The SIM2 Rescue Max hybrid doesn’t have any weight port, which tends to make swinging it difficult for different shaft and length options for some players.

The TaylorMade SIM2 Rescue hybrid is less forgiving, especially when it comes to shots hit on the lower part of the club. However, the Max counterpart has a V steel sole design with a depressed heel and toe section that makes the hybrid quite forgiving and versatile on various lies.

The TaylorMade SIM2 Max Rescue renders the distance expected from a game improvement hybrid without having to sacrifice control and precision. 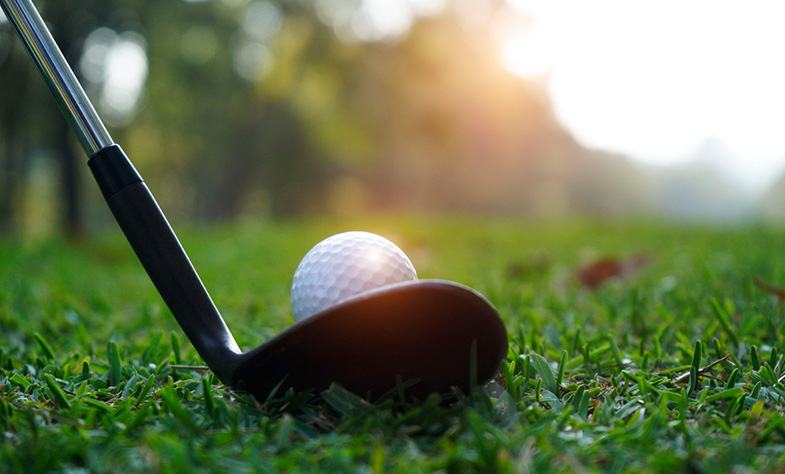 The TaylorMade SIM2 Rescue hybrid comes with a wide range of interesting and noteworthy specs that are worth keeping in mind. Some key specs of this hybrid are mentioned in the table below.

The loft, lie angle and face angle of the TaylorMade SIM2 Rescue hybrid can be adjusted with a click of its loft sleeve. The adjustment is the same for all three variants of the hybrid with different lofts but the same lie angle.

The table given here highlights the different loft and lie angle settings for a 3-hybrid with a 19.5° stated loft and a 57° standard lie angle.

The terms STD LOFT, LOWER, HIGHER and UPRT refer to the markings on the 1.5°loft sleeve of the SIM2 Rescue hybrid.

STD LOFT represents the stated loft of the hybrid while LOWER and HIGHER indicate that the loft is the least and highest at these settings respectively.

UPRT specifies that the lie angle is at the maximum upright position and the highest possible value.

Each click of the loft sleeve affects the loft, lie angle and face angle in the following ways:

An increase in the loft will pave way for a draw, while a decrease in loft triggers a fade or a slice. Similarly, each change will make the lie angle more upright than the standard setting.

As the lie angle gets more and more upright, the chances of hooking the ball also increase accordingly. It may also result in you having to make adjustments to your swing to rectify the hook. As a result, your swing will be inconsistent and less powerful.