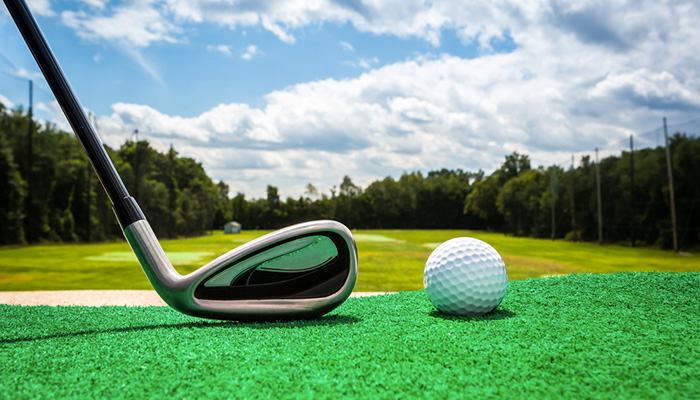 According to the company, both models have the same structure and building DNA. The only major difference is the size and the weight of the P770, which is more compact than the P790.

However, do not think of the P770 as weaker because the sturdy built ensures that the club can hit shots way above its weight class

The club is perfect for you if you want a more compact option, when going up against the heavy hitters.

The advanced technology ensures that all the force is transferred to the shot, and you receive a pound for pound shot.

Despite sharing the same build DNA with the P790, the P770 is incorporated with tungsten weighting to deliver the best performance when hitting the long shots.

It is also composed of a hollow body and speed foam, which ensures that you get the best performance out of your golf club in a more comfortable manner.

The smaller size of the P770 is also helpful for players who are not comfortable handling bigger golf clubs.

This is a very tricky area because, as mentioned earlier, the P770 iron is simply a compact version of the P790. Both the golf clubs have the same structure and technology.

The only major difference is the weight and size of the P770, which makes it more attractive to players.

The P770 offers the performance of the P790 in a compact version. So resultantly, the performance stats are more or less the same except for a few minor areas. You can look for yourself:

As you can see from the above table, both clubs’ performance is more or less the same. The P790 has some weight in the distance and forgiveness area, but the P770 makes up for it in the workability criteria.

The most important thing that is noticeable from the comparison is that both the P770 and the P790 are structurally the same. Both golf clubs have the same materials and design and construction, the only major difference being in the handling and the feel of using them.

So ultimately, it’s up to you, the player, to decide which of the two golf clubs is better than the other.

P790 has more distance than P770. This is the area where you might start to feel the difference in both the models.

As the P770 is a compact version of the P790, the top line of the P770 is a player iron. This makes for a more comfortable hitting experience, and truth be told, you wouldn’t find any major difference between them.

However, when you strike some off-center shots, that’s where the loss in the distance starts to show up. After all, the sacrifice in size and weight has to show something.

Here are the detailed differences you will feel when using the P770 as compared to the P790.

To get a better understanding of the situation, given below is a list of specs comparing both the models’ length and lie.

As you can see from the specs that both the P770 and the P790 share the same build. Also, this is the most common specs for every TaylorMade golf club.

So the difference in the degree of the loft is not going to bother you. You can choose whichever golf club you think complements your play style the best.

The P760 is a sleeker version of the P770 and the P790 since both have the same construction. If you are a professional player, then the P770 is undoubtedly a better choice for you, but the P760 can prove to be very helpful if you are looking to improve your game.

The sleek design and precision shots help you to improve your skills.

Given below are some of the opinions cumulated from the forum reviews:

The P7MC from the TaylorMade is more advanced than the earlier models. The MC in the name stands for ‘Muscle Cavity.’ This model is made to put more mass at the point of impact.

This makes the player feel every shot more consistent and powerful. The feature comes in handy when you are trying to make some consistent shots in a row.

The build of the P7MC is more advanced than the p770. There is a geometric shape at the back bar, which makes the shots more steady. It is also made by compact grain forging.

This technique involves the use of a press two to three times higher than the industry standard. The purpose behind this is to bind the molecules more closely so that maximum force is translated to the shot.

Given below are reviews from some professional golfers:

The P790 and the Titleist t200 iron are specifically designed for players who want the maximum distance for their shots. In this scenario, the t200 iron has a slight edge on the P790.

The t200 has been designed and made with the Max Impact technology, exactly as the name suggests. This golf club offers the maximum impact irrespective of whichever face you hit on the ball. As a result, the distance of the shots is greatly improved.

However, since both golf clubs are made for similar purposes, let’s take a detailed look at the clubs’ specs to understand the differences.

Comparison based on loft

Comparison based on Length and Lie

As you can see that both the clubs have almost the same specifications, it’s completely up to your skills and play style that can determine the best choice for you.

The P790 Ti is an advanced version of the P790. It comes with a titanium face that makes the shots more powerful, consistent and the clubs are more durable.

The design of the original P790 has been tweaked in the P790 Ti to enhance the performance. The 790 Ti has 15% more tungsten than the original, which offers a better center of gravity and means people can hit more consistent and powerful shots.

The club’s shape has been overhauled a little too retain the performance and make it look less chunky. The shape to weight proportion has been made better for players who like to play with clubs that can be handled more precisely.

The Sim Max is a newer flagship from the stable of TaylorMade. The SIM stands for Stay in Motion.

The focus of this model is on getting longer distances and greater forgiveness. When comparing with P790, the Sim Max is the enhanced and overpowered version of the former.

People have reported good experiences while using this golf club, but there is a drawback that leads to it not being the most popular one.

The SIM max comes with staggering high forgiveness, thanks to its improved aerodynamics. This could be a good experience at first, but can ruin your precision in the long run.

The most important pro of this golf club is the flexible face that puts the ball more in line with the impact and can launch the shot into a far greater distance than the P790. It can be fun to play with for practices, but the P790 is still the pick for tournaments.

The M5 is the older version of the SIM max mentioned in the above section. The SIM max was brought into the market to replace the M5 and M6. Apart from the new flexible face, other specs of the M5 are the same as that of the SIM max.

When comparing with the P790, it has more distance, forgiveness, and power. However, the P790 is more consistent when hitting tough shots. So the choice is completely dependent on your level of playing.

If you are just beginning or playing for fun, then M5 is worth the price, but if you are competing in serious matches, then P790 is the way to go.

The Cobra King Forged Tec iron is perhaps one of the few golf clubs on the market that can give the P790 a run for its money. The design is more sleek and elegant.

The forgiveness of the Cobra is high and has great power on launch. The distance of the shots is decent.

The weight has been adjusted to give a sturdy feel to the player. The most noticeable improvement over the P790 is the blade.

The blade looks a little thicker at one end than the other clubs, but the turf interaction is great and can easily cut through thick wedges. This one is definitely worth the buy.