Can you play with a cracked TaylorMade M6 driver?

You can play with a cracked TaylorMade M6 driver only if it’s a hairline crack. However, it’s best to get the driver repaired as a small crack may deepen and break the driver.

Why is my TaylorMade M6 golf driver cracking?

Your TaylorMade M6 driver may be cracking because of metal fatigue, repeated hits or bond failure between the driver body and cup-face.

In rare cases, a manufacturing flaw is also a cause for the crack.

Can you fix a cracked TaylorMade M6 driver?

Yes, you can fix a cracked TaylorMade M6 driver only if the driver has a hairline crack.

Applying a little epoxy will do the trick. In case the driver is broken or has a raised crack, you can get in touch with the manufacturer for a free replacement if the driver is within the two-year warranty bracket and damaged due to normal use.

How to fix a cracked TaylorMade M6 golf driver?

If you have only a hairline crack on your TaylorMade M6 golf driver, you can apply some epoxy from inside of the crack and leave the driver aside for the duration specified on the label.

For major cracks, you will need the tools mentioned below if you are trying to do the fix yourself.

Most golfers prefer a replacement rather than a fix, especially if the driver is still covered under the warranty period.

How to fix a cracked TaylorMade M6 driver head?

The TaylorMade M6 driver head tends to crack because you hit a hard surface or due to extensive use. Sometimes, the crack can develop because the driver is old.

The TaylorMade M6 driver has a 460cc clubhead that is injected with tuning resin for COR optimization across the clubface. The head is specifically designed to help golfers gain maximum ball speed.

It’s advisable to get the clubhead replaced at the earliest if you notice a deep crack. You can seek the assistance of an authorized TaylorMade club technician or the manufacturer’s customer service team to do it for free if the driver is within the warranty period.

On the other hand, if it’s just a small crack, you will be able to continue using the same driver head by sealing the crack with some epoxy.

The following steps tell you what you can do to fix your cracked TaylorMade M6 driver head. 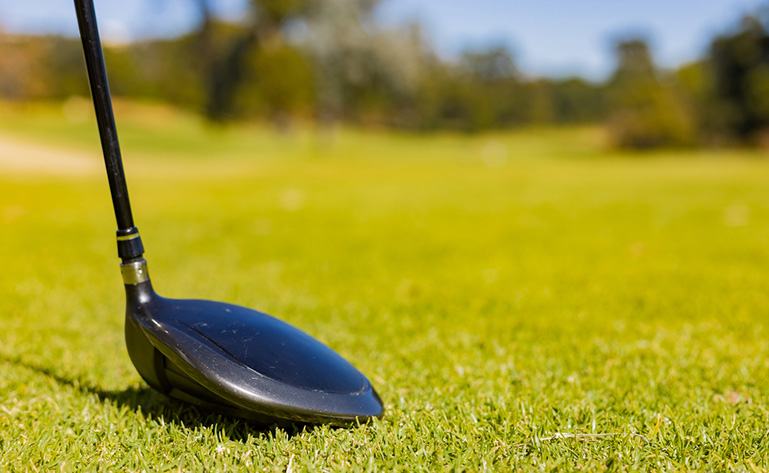 Why does my TaylorMade M6 driver head break off?

The head of the M6 driver is designed to promote maximum ball speed for players. When players play with a driver that has a broken head, their swing tends to be inconsistent. This will in turn result in golfers not being able to gain on ball speed when there is an impact.

While the only remedy for a broken driver head is to replace it with a new one, there are some things that you can do to avert them breaking due to the above-mentioned instances.

Make sure that the screws securing the head of your TaylorMade M6 driver in position are tight.

If these screws are loose, the clubhead will keep sliding out of place with every hit and eventually fall off, causing it to break. It’s ideal to check on these screws periodically and tighten them when needed.

Fat shots must be corrected as soon as possible to avoid the head from breaking. Practice hitting the ball so that the driver has minimum contact with the ground. You may also have to work on correcting your stance to overcome the problem of delivering fat shots.

Take some extra effort to get your swing right if you find this to be inconsistent. You can look out for golf trainers in your area who would be glad to assist you with this.

Always keep the driver in a cool and dry place. Clean it thoroughly after a game to get rid of the grime and dirt. It’s a good idea to put a headcover on your driver when it’s not in use.

How to fix a TaylorMade M6 driver face that is cracking

The driver face can be fixed with epoxy if it has a small crack that cannot be felt. However, deep cracks on the driver face warrant that you get the assistance of the manufacturer.

Often, if the crack occurs because of normal wear and during the warranty duration, which is the first two years of purchase, the manufacturer replaces the driver face for free. If not, TaylorMade will change the face for you.

The crack on the TaylorMade M6 driver face could be because the driver is old or it has been used a lot for delivering hits. Hits on hard surfaces can also be a reason for the crack.

The driver face is a portion of the clubface of the M6 driver and is essentially the most important part of the driver. This is the part where the ball hits the driver when there is an impact.

These steps outline a fix to the crack on the face of the TaylorMade M6 driver:

In most cases, the best solution for cracks on the driver face has been getting the driver replaced by the manufacturer.

How to fix a small hairline crack in a golf driver?

A small hairline crack in the golf driver may be because the TaylorMade M6 driver is old or has encountered hard hits. Extensive hits can also pave way for wear and tear including hairline cracks. An epoxy like Araldite can fix a hairline crack.

You can use epoxy to fix a hairline crack in your driver by following these steps:

A hairline crack on the driver head is one of the first signs that the M6 driver has reached its lifespan and is beginning to deteriorate. You will begin to lose out on yardage distances. When this happens, it’s best to get a replacement rather than having a fix done. Hairline cracks can also occur anywhere between the grip and the club shaft.

Can you fix a broken shaft on TaylorMade M6 driver?

No, you can’t fix a broken shaft on a TaylorMade M6 driver. The only solution for a broken shaft is to go in for a replacement of the same or a different type.

How to fix a broken TaylorMade M6 driver shaft?

You can fix a broken a TaylorMade M6 driver shaft by fitting a new one in its place. You can have this done in most golf stores or golf pro shops.

Alternatively, you can work on doing the replacement yourself if you have the necessary tools. This can save you both money and time.

Why is my TaylorMade M6 driverhead making a rattling noise?

Your TaylorMade M6 driver head may be making rattling noise because of small loose particles in the driverhead. This could be loose parts, broken epoxy or hot melt.

Often, the rattling noise due to loose broken epoxy or hot melt doesn’t have any effect on the swing.

However, loud rattles can be distracting and can prevent some golfers from swinging the driver properly. Loose parts, if not tightened, can have an adverse impact on the swing.

You can also try filling the driverhead with some rat glue. This glue will trap the particles triggering the rattle and stop the noise.

Foam fillers can be used as a substitute for rat glue. However, they tend to muffle the sound produced by the driver and are hence not used as much as rat glue.

How to replace a TaylorMade M6 driver shaft

You can replace a TaylorMade M6 driver shaft with the assistance of a club technician or do it on your own with a few tools.

A TaylorMade M6 driver shaft can be replaced by following the steps mentioned below:

It’s not necessary to reduce the size of the shaft if you’re happy with the existing length.