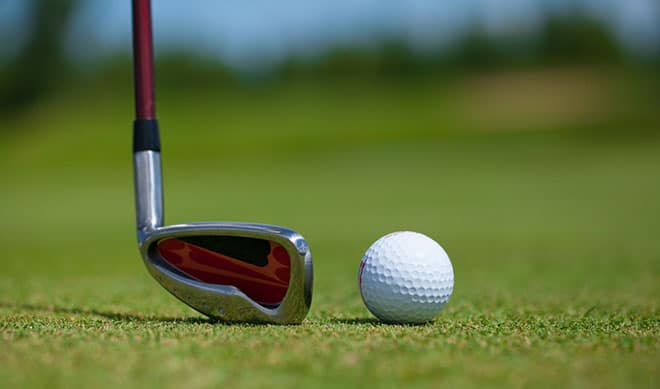 What is the Difference Between Ping G400 and G410 Irons?

The Ping G400 and the Ping G410 irons represent a series of iron golf clubs ranging from a 4 iron to a 9 iron. Your four common wedges include the pitching wedge, utility wedge, sand wedge and a lob wedge.

The Ping G400 series incorporates face-flexing technology that helps in launching the golf ball high and fast. This gives the player the same stopping power and distance of playing on a tour.

The G400 iron golf club has a thin and strong face made of Hyper 17-4 stainless steel. They have a streamlined and smooth hosel transition at the address point that gives the golfer more confidence with his shots.

Additionally, the premium finish lessens the friction with the turf by 40% and help to enhance the spin and launch with increased forgiveness.

The Ping G410 series have a free-moving and flexible clubface that helps a player to achieve maximum height and distance while lessening the chances of hitting the club into the green. These golf clubs also help in holding on to the putting surface with good precision and control.

Their weight savings are more focused on the hosel and toe that in turn result in expanded perimeter weighting. The resilient hydropearl 2.0 finish ensures that the transition through the turf is smooth while offering good contact at the same time.

Both the Ping golf clubs implement COR-Eye technology, have deep top-rail undercut and a co-molded cavity badge. This badge helps in suppressing the vibrations as well as rendering a powerful feel and sound. The clubs are available with a wide range of shaft flexes in graphite and steel.

Most players find that the Ping G410 series has only some minor improvements over the Ping G400 golf clubs. If you already have the G400, I don’t believe there is enough to justify upgrading to the G410.

Yes, the Ping G410 is better than the G400. It has an improved design and allows most golfers to hit the ball up to 5 yards longer.

The shorter blade length combined with the relatively less offset gives the Ping G410 a more refined shape and a better visual appeal. This is both on the back and from the address.

The hydro-pearl finish ensures that there is no glare on the golf clubs. These aspects make the Ping G410 more suitable than the Ping G400 for low and mid handicappers.

The Ping G410 series have a free-moving face and is more flexible than the Ping G400. This allows golfers to achieve both maximum height and maximum distance with precision and control.

You’ll also notice less spin on the ball; while presenting less chance for the golf ball to get hit into the green. The face structure additionally helps in delivering faster ball speeds.

The Ping G410 golf clubs also have more width towards their sole that increases their Moment of Inertia. Last but not least, the full cavity co-molded elastomer and aluminum badge on the face suppresses vibrations when the golf ball is hit and renders a powerful reassuring sound.

The badge also makes the Ping G410 feel lighter and more comfortable in the hands of the players. The club also offers more consistency to golfers.

Overall, the Ping G410 series offers more distance than the Ping G400 series. The following are some aspects that players have noticed with respect to the distance when they tried using both the Ping G400 and Ping G410 golf clubs after hitting four times with each club.

Interestingly although Ping has made a few prominent variations to the Ping G410 after its Ping G400, the manufacturer has decided to retain the same loft for all its iron clubs and wedges in both the series. They are standard for the Game Improvement category.

Both sets also have identical Power Spec lofts (lower lofts) for their golf clubs. This is a custom-designed loft configuration from Ping that is used to strengthen the lofts of all the clubs throughout a set. It helps players who want to decrease their spin and increase their distance. The Power Spec lofts primarily benefit aging golfers.

Ping’s Website shows the loft specifications for the G400 series. This data is also found in the table below:

The following are some noteworthy differences reported by players between the G410 and i210.

Some golfers have reported the following differences between the G410 and i500 after trying a game or two with both the golf clubs.

A few differences between the G410 golf club and the G700 golf club that players feel are worth keeping in mind are given below.

Few differences that players claim to have noticed between the G400 Iron and Cleveland CBX golf clubs are given below.