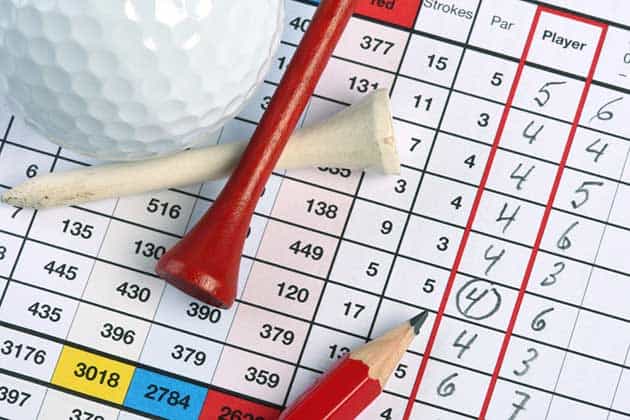 How Long Does it Take to Break 70?

It’s very rare for golfers to be able to break 70 and if you can break 70, you’re more than great at golf, you’re incredible. Breaking 70 means you’re on par with pro golfers already.

What Percentage of Golfers can Break 70?

According to data collected by the United States Golf Association, only 0.92% of golfers break 70 consistently.

This data is further supported by the National Golf Foundation. According to data collected by the NGF, only 5% of adult golfers are able to get an average of score under 80. Only 5% of golfers average a score of under 70 or even break 70.

Polls taken on online forums also support all of the data above. Even online, where golfers tend to play up their abilities to show off, polls show that less than 5% of golfers can break 70.

In fact, because golfers are likely to make empty boasts, it’s likely that the number of golfers who break 70 is even lower than the online polls would have you believe.

How Long Does it Take to Break 80?

A golfer being able to break 80 is more common than a golfer who can break 70 but that’s not to put down anyone who breaks 80. If you can break 80, then there’s no question that you’re an excellent golfer.

It will take the average golfer 10 to 15 years of diligent practice to break 80.

Golfers not aiming to go pro are more likely to be able to break 80 than break 70. Regular golfers can break 80 by getting experience golfing for years, hiring a good trainer and doing the correct practice for years. If you’re a more talented golfer than normal, you could definitely break 80 in less than a decade.

What Percentage of Golfers can Break 80?

These above figures are considered on the high side but still realistic.

However, data collected by the National Golf Foundation shows that the USGA figures are high. According to the NGF, only 5% of adult golfers get an average score of under 80. This is generally considered low-balling the amount of golfers that can break 80.

It’s believed that the National Golf Foundation has more accurate data which shows that about 5% of golfers get an average score of under 80.

Online forums that do polls on golfer’s average score show numbers closer to those given by the United States Golf Association but polls online should generally be taken with a grain of salt as golfers online tend to exaggerate their skills.

How Long Does it Take to Break 90?

Being able to break 90 means that you’re better than most golfers. It’ll take two to five years of golfing and frequent practice before you reach this point. However it’s certainly easier as well as less time consuming than trying to break 80 or break 70.

So how long does it take to break 80? By golfing on a regular basis, most golfers can break 80 in five years.

The five year estimate is actually quite high, as many golfers say that it took them one to three years to break 90. Some talented golfers are even able to break 90 in their first season of golfing.

What Percentage of Golfers can Break 90?

The above percentage given by the USGA is highly dubious as most golfers think it’s impossible or just downright ridiculous that 73.4% of golfers consistently break 90.

The National Golf Foundation on the other hand gives what is considered a much more realistic and accurate percentage. According to the NGF, only 21% of golfers get an average score of 80 to 89. This would mean that only 26% of golfers regularly break 90.

Online polls taken from golf forums online also match more closely to the data collected by the NGF and as said before online poll numbers tend to skew higher than reality.

Beginners normally take anywhere from 1-2 years of golfing to break 100.

It takes slightly longer than that to break 100 consistently. That said talented beginners who can break 100 in their first season of golfing are actually fairly common.

Don’t get discouraged if you don’t break 100 in your first season though! Anyone can break 100 fairly quickly with enough golfing and practice!

What Percentage of Golfers can Break 100?

According to the National Golf Foundation, 55% of adult golfers can break 100. Only 29% of adult golfers report an average score of 90 to 99. This is much lower than the numbers provided by the USGA and is generally considered to be more accurate.

Online forums and polls give numbers and percentages closer to the National Golf Foundation’s data.

Breaking 120 is a baseline for golf and pretty much anyone can do it with enough practice and time. Don’t quit just because it takes longer than you think it should.

What Percentage of Golfers can Break 120?

The figures above are higher than the data given by the National Golf Foundation, but is still considered realistic.

The survey done by the National Golf Foundation shows that 89% of adult golfers break 120 regularly. It also shows that 10% of adult golfers surveyed by the NGF said they had an average score of 110 to 119. This is generally seen as accurate by trainers and veteran golfers.

Golf forums and polls done online also show numbers close to the one’s given by the National Golf Foundation. Interestingly though, they actually skew lower than the numbers given by the NGF. This is probably because golfers online don’t want to admit that their best is breaking 120.