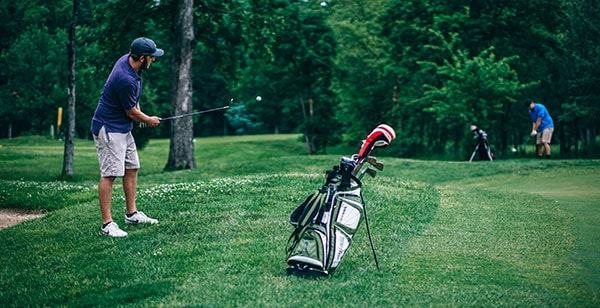 What Does Gross Score in Golf Mean?

In a game of golf, two kinds of scores are generally calculated; the net score and the gross score.

Though it is not compulsory for both these scores to be computed, most of the tournaments recommend calculating each value.

Quite simply, the total number of strokes that you play, plus the total penalty accrued is the gross score of a player.

What does Net Score in Golf Mean?

Now that you know what gross score means in golf, you will be wondering about the usage of net scores. I will explain the importance of understanding your net score.

So what exactly does net score in golf mean? Net score is calculated by taking the gross total of strokes in a round and then deducting the handicap strokes incurred.

Knowing your net score is important as all players in golf do not play at the same level. Some have a weaker skill set, while others have a stronger skill set. To even out the playing field, the concept of handicap was started.

Ranking a winner by net score evens out the playing field and makes it possible for even the weaker players to win a game.

As mentioned, the net score is essentially the gross score minus the handicap.

There are 2 major formats of games followed in golf, namely the stroke play and match play. Depending on the format of the game being played, the calculation of the net score also varies.

Match play – In a match play format, every player will aim to win the particular hole. The game will be played on a hole by hole basis. In this case, the net score will be calculated for each hole.

Stroke play – In stroke play format of the game, every player will aim to win the total game as a whole. Winning individual is not as important as just winning the overall game. The total net score is not used in this format hence your individual net score for each hole does not matter.

Gross Vs Net Score in Golf

What is Considered a Low Gross Golf Score?

Gross scores are the exact number of strokes used by a golfer for a game. Net scores, on the other hand, take into account the skill and competency level of the player as it uses handicap values.

A handicap value is the numerical measure of the player’s actual ability. There is no particular value of a low or high gross score.

In the final calculation, of the scores, what matters is the combination of your handicap and the gross scores.

Since the calculations are done on a relative basis, there are no absolute figures available that talk about low gross scores. If you wish to improve your scores and ratings, you will need to work on your handicap values.

I recommend reading my other article on average golf scores to see where your own score compares to the average golfer.

How to Calculate your Net Score?

This is how to calculate your net score while playing golf.  You’ll need to count the total number of strokes played, and also calculate your handicap score. This handicap value is then subtracted from the overall gross score.

So, what happens in the case of match play? How do you calculate the net score for these games?  During match play games, the difference between the handicap values of the two players is taken, and this value is considered as the final handicap for the game.

How to Read and Mark A Golf Scorecard?

Though the scorecard looks very confusing, it is indeed very simple to read. This is how you read and mark your golf scorecard.

Steps To Mark Your Golf Scorecard

Playing golf is interesting due to the various levels of intricacies involved. The scores in golf can be worked out based on gross values or net values. Taking the total number of strokes is called gross score while deducting the handicap values from the golf scores is how you calculate the net score.

Tournaments and big matches generally consider the net scores; while gross score system may be used in friendly matches.

Golfers of widely varying skill levels are able to play in a single tournament due to the fact that the net scores are considered.

Irrespective of whether gross scores or net scores are computed, you can improve your rating by working on your level of competency. Practicing better techniques can help you score better in any match.

I always recommend that golfers focus more on accuracy instead of increasing their distances. You’ll always take far less strokes to finish your round if you improve your shot accuracy.

Do You Know Your Handicap Score? Click Here to Find Out