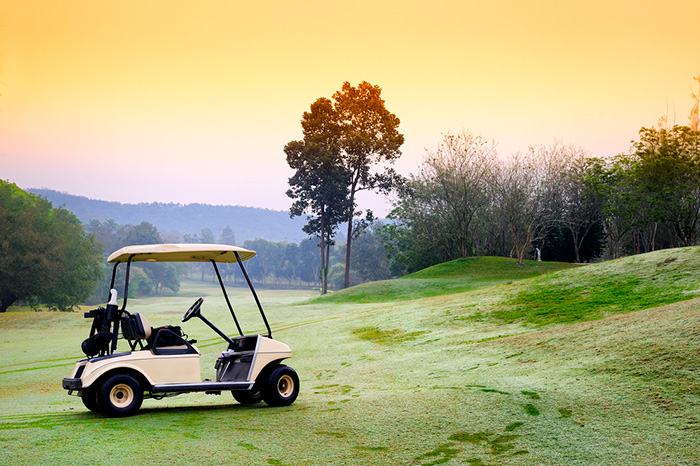 What Does a Micro Switch do on a Golf Cart?

The micro switches on a golf cart are used to control and protect the components through electrical signals. Micro switches play a critical role in the acceleration and reversing of a golf cart.

To make the golf carts lightweight, most of the makers including Club Car, EZGO, and Yamaha have increased the usage of micro switches in their golf carts.

A micro switch on the accelerator pedal gets activated once the pedal is pushed. This sends a signal to the solenoid and in turn more power to your wheels to make them move faster. These micro switches are more common in electric golf carts.

In gas golf carts, a micro switch located on the accelerator pedal triggers a signal that will start the cart’s engine. The cart will run without any problem as long as this micro switch remains active.

The forward-neutral-reverse switch on a golf cart is a micro switch that is triggered when the golf cart is supposed to move in the reverse direction. It will trigger a buzzer that will indicate the golf cart’s reverse movement.

How to Test EZGO Micro Switch

Most of the micro switches on EZGO golf carts including the EZGO TXT, EZGO RXV, and EZGO Express are located beneath the cart near the chassis. You have to unscrew the cover and access the switches.

The micro switch will have two wires connected to it. You’ll need to connect a voltmeter to check the voltage on the supply side and the output side. Remove the wires from the micro switch terminals and connect the voltmeter after checking the polarity.

With the switch in its original position and in the alternate position, check the readings in the voltmeter from the micro switch. If the voltmeter reads continuity in either switch position, your micro switch is working fine and the problem may be with the connected component.

If the micro switch fails the continuity test, you’ll have to replace it.

Once the continuity test is completed, remove the voltmeter and connect the two wires back to the micro switch.

Micro switches usually run efficiently and do not need much attention. A bumpy ride, a wrong wiring or a defective component can cause the micro switch to stop performing as expected. A list of common problems associated with micro switches in a golf cart is given below.

If the micro switch is in its expected position, conduct a continuity test as mentioned above by connecting a voltmeter across it.

If the micro switch fails the continuity test, you can get it replaced by a technician or have it bypassed if you’re not willing to spend on a replacement straight away.

The golf cart stops responding to the accelerator pedal if the micro switch stops functioning.

The EZGO golf carts, including the EZGO RXV and EZGO TXT, show uncontrolled speed changes and fail to drive at a constant speed in case of a bad micro switch.

EZGO golf carts tend to stop and start while running when there is a problem with the micro switch.

How to Bypass Micro Switch on an EZGO Golf Cart

The below steps show you how to bypass the micro switch on a EZGO golf cart:

How to Replace an EZGO Accelerator Micro Switch

Micro switches are easy to locate in EZGO golf carts, which make the replacement a hassle-free experience when you have to do so.

Refer to the user manual of your golf cart and locate the position of the accelerator micro switch. In most of the EZGO models, it is located on the bottom side of the cart near the accelerator pedal.

Unscrew the outer covering and access the two terminals of the micro switch.

Once the old micro switch is out, fit the new micro switch and connect its two terminals correctly with the right polarity wiring.

How do I Bypass the Reed Switch on My EZGO?

Ensure that the main power supply is disconnected before accessing the reed switch and charger receptacles.

Disconnect the red coloured wire that comes from the A+ terminal of the charger receptacles.

To bypass the reed switch, remove the reed switch and install an eyelet on the white wire that was cut short in step 3. Connect the new eyelet to the A+ terminal of the charger receptacle which was opened in step 2.

The above steps ensure that the reed switch is safely bypassed on your EZGO golf cart. However, it is necessary to make sure that the charger doesn’t remain connected while the cart is driven.

You can access the EZGO accelerator micro switch by removing the four P1 Phillips screws that hold the top covering in place.

Once the top is removed, the micro switch can be seen along with the throttle sensor.

As per the EZGO micro switch wiring diagram, there are four wires coming out of the main micro switch. The wires are divided using two individual spades.

On the second side, there is a green wire which also connects to the key switch. There is a red wire which connects to a fuse and the FNR switch. When the cart is set in reverse gear, the red wire sends a signal to trigger the reverse buzzer.

While at rest, one side of the switch is expected to remain open. The side with the green and red wires remains open when the cart is at rest. This remains the same for almost all of the EZGO golf carts including the EZGO TXTRON EZGO Elite and EZGO 48V carts.