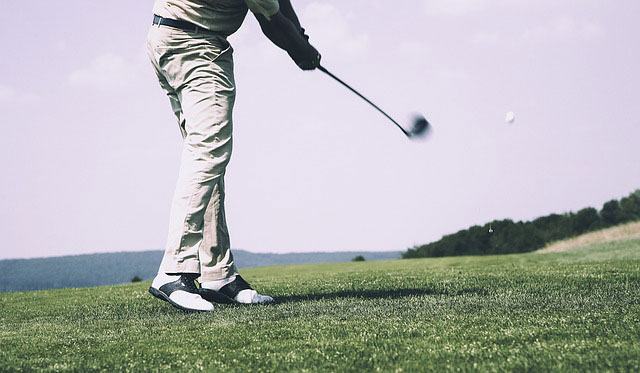 What is the Ping U Wedge

If you love golf, you most likely have heard of the golf club manufacturer called PING.  The Ping U is a gap wedge (also known as a utility wedge), designed and developed by the US based company Ping.

Norwegian born Mr Karsten Solheim, was the founder of PING golf clubs which started operations back in 1959.

The company has grown to become the #1 golf club manufacturer in the United States. You can visit their official ping website here.

What Does W, U, S Stand for in Ping Clubs

Many golfers wonder what the letters stand for. While a little unconventional in terms of wedge markings, it’s actually simple to understand.

W, U, S is an abbreviation for Pitching Wedge, Utility Wedge, Sand Wedge, found on PING’s labeling of their golf clubs.

Difference between Ping Wedges in the G Series

I’ve had a chance to play around with all of the Ping W, U, S irons and wedges. I remember at first being quite confused on the differences between all the models.

Thankfully it didn’t take me too long to work out which letter corresponds with each club.

Not only do they differ by wedge type, but Ping actually released various models with different specifications.

I’ll do my best to clear all the confusion, and help you pick the best ping wedge that is designed with the optimal degree of loft for your playing style.

Each series is introduced with a different design, iron length and other attributes. If you’re not sure which to choose, I would choose the G20 series. Most people I come across openly state they enjoy the forgiveness of the G20 irons and that they are extremely easy to hit the ball with.

The G30 clubs are very different to the G20 series and many ask me often what the difference is.

Firstly you’ll notice a big change in the design of many of the clubs in the set. Nearly all the clubs have been strengthened and some have even increased in length by half an inch. It seems that these 2 changes have allowed players to gain about 8 yards in distance which is always nice.

Independent testing was done by https://www.golfexchange.com/ which also confirmed my initial thoughts. You can also expect a significant increase in ball speed and carry distance of about 10 yards (.91 meters).

While more distance is nice to have in your arsenal, I much prefer to use a club that is forgiving and that can hit the ball accurately.  Unfortunately in my experience, I found the G30 to be a more difficult to use compared to the G20 and G25 models.

As you can see below, the G series was first introduced by PING in 2007. Every two years PING has been making large updates to the G series range. The latest range that’s been released in 2019 is simply named the “G” range.

Being the very first set of clubs in Ping’s G set, the G10 is a classic set that holds fond memories for many golfers.

In 2009, 2 years after the initial release, Ping spiced things up by releasing the G15 series. While some say the differences are marginal, I had a different experience.

The G15 has improved upon many areas and is the better set of clubs to use.  The improvements include:

Now this is a comparison that is easy to see the difference! If you currently own a Ping G10, and are thinking about upgrading to the G30, go ahead!

If you need a new driver, then it’s definitely worth upgrading to the G30 series.

The G10 first released in 2007, is not ageing well at all. The G10’s non-conforming grooves are a problem and are likely to be made illegal in tournament play.

The G30 sounds miles better than the G10, and hits more consistently.

The G10 is longer, bigger and much chunkier and while a legend in its own right, it should be retired in my honest opinion.

The older G20 is actually bigger than the later released G25 club. Ping saw that clubs were getting thinner and shorter, so this size reduction isn’t at all surprising. Which clubs performs better though?

Well I found the G20 to be a more forgiving club than the G25. What I also like about it is that you can pick up the G25 for a much cheaper price.

As these clubs are quite dated, many are unsure which club to choose. This makes the clubs with the lower number drop in price.

Some players do complain about how too wide the G20 is. If you compare this to the G25, Ping did a remarkable job with design improvements which are hard to ignore.

The G25 does look better and looks much sleeker with its thinner top line and sole.

I must say it’s a difficult choice to make if you have neither of these clubs. Both of these clubs perform well and are forgiving. It may just come down to your budget and which design you prefer.

The differences are quite significant when you compare Ping’s G25 and G30. The strength of the G30 clubs has been increased. Many users feel like the G25 is easier to swing which I would have to agree with.

Other differences you’ll notice are aesthetic with the G30 having a darker finish and a spring face. I have to say the G30 had a slightly bulkier feel which turned me off since I was use to the thin face of my G25.

The Ping Pitching Wedges were first released back in 2007 along with the rest of the clubs in a full set. Ping has continued to update the series every couple of years with their G10, G20, G25 and G36 releases.

When it comes to Pings Putting Wedges (PW), even the older models still hold up well today. Thousands of people are still searching to buy these clubs online even to this day. This is a testament to the high quality Ping offer consumers.

The specs are impressive when it comes to the pitching wedges in the G series. You’ll find a loft of 45.00 degrees, a standard length of 35 inches, and a lie value of 64°. I think it’s a solid no frills setup that’s great for beginner golfers and those with some experience under their belt.

After testing Pings PW, I went home feeling impressed with my results. After only a few hours with this wedge, I was hitting the golf ball higher than ever. Not only was the trajectory impressive for even 45° of loft, but the forgiveness of the club made for a really fun game of golf.

I noticed the clubs low centre of gravity was really helped with launching the ball in the air. In fact, my golfing buddies were keen to try the club too.

If you turn the club around, you’ll notice support bars ingrained into the wedges design. Ping says this feature creates club stability on impact.

Aside from an increase in ball trajectory which after all a wedge is designed to achieve, the distance on my longer shots also steamed to stretch out an extra 10 years than normal.

The range of golf wedges, irons and drives in the G series hold a special place in the hearts of many golfers.

For a series that has continued to enjoy new releases for nearly 15 years, this shows the high quality products PING releases to consumers.

To summarize this guide, I’ll tell you that the G10 and G15 models are dated and not recommended for serious golfers. For others, they are a cheap club that still holds up well to today’s standards.

The G20, G25 and G30 are the later releases and it’s not surprising that they are clearly the best performing clubs in the G range.

This just goes to show how ahead of their time PING is, and we hope they continue to stay ahead of the pack with future club releases.