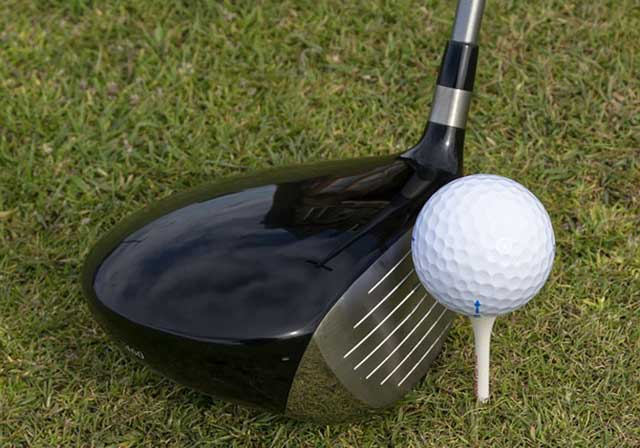 Generally, golf drivers such as the 14 degree driver are designed to have the biggest head, longest shaft and least grip among the various golf clubs. This makes them often challenging to use by recreational golfers or amateurs. Matching three aspects of a driver based on your swing can help you increase your driving distance.

Most amateur golfers tend to lack an inside-out to square swing path and a rhythmic swing tempo. If you’re such a player, a short-length driver will help you to hit solid, on-center shots. Missing the sweet spot on the driver face can lessen the distance of your shot by 5%.

Is a 12 degree driver better? Read my answer

Checking the loft of your driver is another important aspect you must consider. The slower your swing speed, the better it will be to use a driver with a higher loft, if you don’t want to put your distance at stake.

You must assess the total weight and swing weight (weight of the clubhead) of the driver. These weights must match your swing tempo, physical strength, and golfing skills. If the weights are too light, then you have a higher percentage of off-center hits.

What is a 14 Degree Driver?

The 14 degree driver refers to a driver that has a high loft angle of 14 degrees. The advantage of using such a driver is that it makes it difficult to curve the ball out of line. This makes the 14 degree driver a very forgiving golf club and a good choice for beginners.

The type of golfer who may benefit from using a 14 degree driver tends to be slow swingers. Slow swingers usually have a slow swing speed that is 85mph or even less. This group of golfers will need to use a driver with maximum loft to help the ball continue moving on the trajectory and maximize the distance.

A 14 degree driver can also be useful in increasing accuracy, especially for high handicappers.

The other category of players who benefit from high-lofted drivers is upward hitters. It also benefits players who opt for low and front weighted drivers who struggle to get the ball up into the air because of less spin.

Upward hitters have positive attack angles and generally spin the ball a little lesser than normal because of the low spin loft. Similarly, golfers with drivers that feature forward and low center of gravity also produce less spin because of heavy sole weights or the way the front tracks are positioned.

A 14 degree driver also helps in opening up the face during a game. It makes it easy for golfers by offering stability on hits away from the sweet spots. This is because of the high moment of inertia due to the club’s low curvature.

Some players are able to hit more fairways than usual with slight swing adjustments, using a 14 degree driver. They also cover around 220 yards to 230 yards off the tee.

Keep in mind, when the driver has a heavy shaft, it can help you with hitting off the deck.

When you hit using a 14 degree driver, you must remember to hit the ball upswing and above the center of the face for the best results. The sweet spot of present-day high-loft drivers is midway between the top and center of the clubface. Hitting the ball at this point will help you cover the maximum distance with your driver. Also, upswing hits will result in high launch angles.

Benefits of Using a 14 Degree Driver

The benefits of using a 14 degree driver are:

The distance rendered by a 14 degree driver depends on several factors including the type of player using the golf club.

A 14 degree driver ideally offers a carry distance of close to 180 yards and a total distance of nearly 228 yards. Players using these drivers typically have a club speed of around 85 mph and a ball speed of nearly 125mph. The launch angle and spin rate are very close to 11.7° and 2,568 rpm respectively.

On the other hand, players with swing speeds of 70mph and 80mph will be able to achieve distances of about 181 yards and 206 yards respectively.

As the name indicates, a 14 degree driver features a loft of 14°. This driver finds its place among the list of drivers with high lofts. It is helpful for golfers with a swing speed between 60mph and 85mph.

Recreational lady golfers with a clubhead speed of 64mph will also be able to give a good performance using this high loft driver. Ladies drivers offered by most manufacturers tend to be of the high loft clubs category.

A 14 degree driver is suitable for those who want to ensure a good ball launch off the tee. However, they will have to be ready to make a compromise on accuracy.

The following are some differences players have observed when using a 12 degree driver and a 14 degree driver.

If you’re new to the game or a fairly good player but with slow swing speed, then you should consider adding a 14 degree driver to your golf bag.

If I had to pick just one driver, I personally would choose the 12° driver over the 14°. While the 14° club is more beginner friendly, I find the 12° produces more side spin off the tee; which I do like.

These drivers have reasonably large sweet spots that make it easy to hit the ball with. This is why they are considered to be forgiving drivers. However, some players tend to experience too much spin and loss of distance.

Most manufacturers today offer drivers with a good deal of flexibility. The lofts of modern drivers can be lifted up or down by a couple of degrees based on your needs. This helps you to decide whether you need a driver with a loft of 12°, 13°, or 14° using a single golf club.

Is a 12 degree driver better? Read my answer