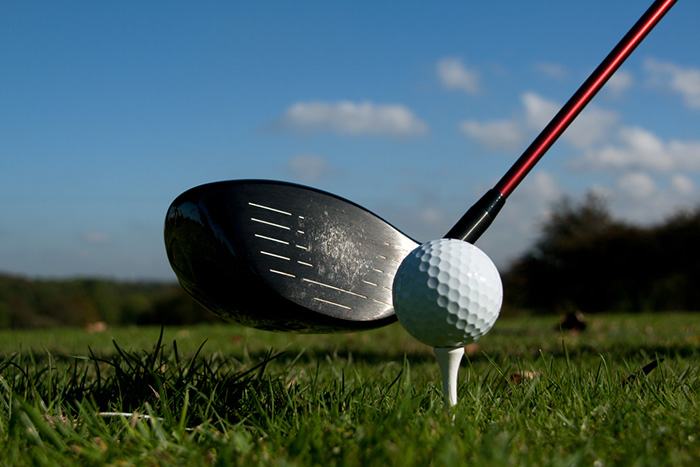 What is the difference between the Taylormade M5 and M6 drivers?

The main difference between the Taylormade M5 and M6 driver is the driving distance. Off the tee, the M5 can hit 5-6 yards further than the M6 driver.

The T-Track of the M5 shall help to deliver faster and personalized driver which would ensure that ball speed get enhanced. Arguably, the M5 driver exerts the maximum amount of ball speed amidst other competing products.

Popular names in the circuit be it Tiger Woods or Rory Mcllroy have used the M5 during their tours. It is one of the best sounding products and one which shall make a mark due to its all-round abilities. Though it would pierce a hole in your pocket, it is still one of the best all round products that is available.

The M6 driver comes with a speed injected twist face technology and offers the best controlled trajectory in current times. It is indeed a fast product but maybe a tad less than the M5.

Post a test of the product, it was observed that tee speed is approximately less than the M5 driver by around 300 RPM. But in terms of the ball speed and carry the M6 came second with few points of difference between the two contenders.

Is the Taylormade M5 driver better than the M6 driver?

Taylormade has really upped their game by launching the M5 and M6 drivers. While the M5 comes with a new weight track, the M6 boosts of correct weight positioning. There are also some differences in the technological abilities of both these products.

Both clubs have screws in the face so as to provide the drivers with a larger sweet spot. A larger sweet spot shall ensure that the ball speed get increased over a larger area. In the inverted T track on the sole of the M5, there is 20gm of movable weight assigned to it. On the other hand, the M6 has more weight towards the lower sides to attain more stability.

In terms of similarity, both come with Twist Face Technology that is a first in the segment. Both the drivers have an adjustable loft option which helps in changing the loft by 2 degrees.

In terms of distance achieved by both the drivers, the M5 fares better than the M6 since it is one of the longest drivers available and a favorite among professional players.

The M5 is more potent in delivering around 5 to 6 yards more yards off the tee and around 3 to 5 more yards at the same swing arch.

In terms of looks, both have been designed in a niche manner with sleek black finish and inspiring shape of the head. Both the clubs range between $400 to $500 but if had to be distinguished, the M5 would be slightly more expensive.

Distance is one very important attribute that helps distinguish between two or more clubs. Both the M5 and M6 have made a mark in make an explosive entry in terms of distance, while going off the tee.

Both the Taylormade M5 and M6 drivers have been launched with an adjustable loft option, creating change of loft by up to two degrees.

The M5 is equipped with a twist face technology which helps in creating more loft in the high toe and less in the low heel. This actually helps to create a greater degree of spin in areas where golfers get more mis-hits.

The flexible hammerhead creates a greater degree of sweetspot along with enhanced forgiving nature, only to enhance the user experience.

Forum users have complemented both the M5 and M6 drivers’ overall abilities in becoming an absolute winner.

The M5 has achieved a loft of 10.5 degrees on the track meter while the M6 has clocked a reading of 9 degrees. Hence both devices are potent in creating an impact on the golf course.

Is the TaylorMade M6 adjustable?

The Taylormade M6 is an adjustable. Users are recommended to learn about the basics of getting the adjustments done in the driver to avail optimal output.

What are the best TaylorMade M6 driver settings?

What are the best TaylorMadeM5 driver settings?

The Ping G410 had made a huge stir in the market post its release. Ping ensures golfers get the best products with optimal levels of performance. There are three modes, draw, neutral and fade that shift the CG location by almost 1/10th in either direction.

The G410 draws weight up to 50 percent towards the heel so for the purpose for giving the ball a slice, it is one of the best in the business. It is faster, forgiving along with having great fit and finish.

Improved levels of aerodynamics make it faster through the air. On the other hand, the Taylormade M5 has the advantage of multiple technological features like the reverse T track, twist face which in weight distribution and injection of speed to avail optimal performance.

The M6 is one of the noteworthy products from Taylormade which comes with sleeve adjusting technology, flight control techniques which has become a favorite among golfers.

The M6 driver has the required weight on the sole to attract much needed attention. The Ping G410 had made a huge stir in the market post its release.

Ping ensures golfers get the best products with optimal levels of performance. There are three modes, draw, neutral and fade that shift the CG location by almost 1/10th in either direction.

It draws weight up to 50 percent towards the heel so for the purpose for giving the ball a slice, it is one of the best in the business.

The PING G410 is faster, more forgiving than the M6,  along with having great fit and finish. Improved levels of aerodynamics make it faster through the air.

The Taylormade M5 driver is equipped with an Injected Twist Face. It also comes with a tuning resin via ports that adjust according to the coefficient of restitution.

On the other hand, the call away epic flash driver has the Jailbreak technology with a pair of titanium bars. It has an epic flash that goes on with the outer perimeter of the driver. It boosts of a carbon fiber crown that adds strength while keeping the weight in check.

Both the Sim Max and Sim Max OS rely on the same technology to generate performance. The Speed Bridge is one such technology installed with the drivers that unwanted vibrations and improve stability of the devices.

Both drivers have the nature of forgiving and made of irons that make hitting an easy task. While the

Sim Max is easy to hit balls with, has a great feel to it and is very precise. The Sim Max OS has features like maximum levels of forgiveness, sudden launch and achieving maximum distance.