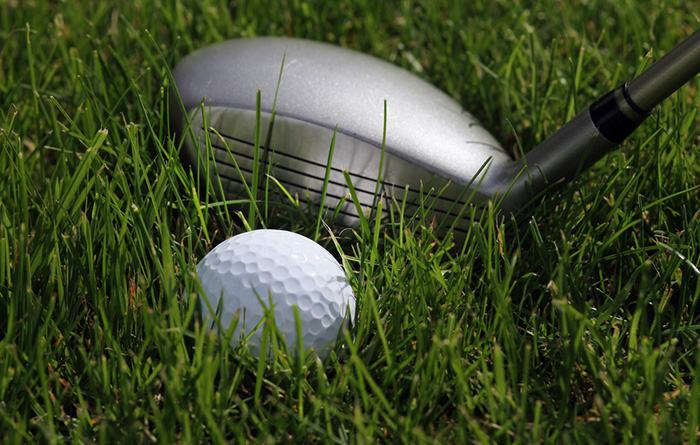 What is the difference between Sim Max Rescue and M6 Rescue Hybrids?

The difference between Sim Max Rescue and the M6 Hybrid is a little hard to spot since both are from TaylorMade. Both models have been developed with advanced face curve technology to achieve better shots.

The most noticeable difference between the two models is that there are more flexible options available in Sim Max Rescue. Both the M6 and the Sim Max have been made for the higher handicapper, so both have a great deal of forgiveness.

There are some other differences when it comes to the design employed in both models. The Sim Max uses a normal inverted cone design to create a larger spot for the ball to be hit.

On the other hand, the M6 hybrid uses a Hammerhead 2.0 design combined with the Twist Face design that helps keep consistent speed and accuracy of the ball.

Both the Sim Max and the M6 Hybrid offer a great deal of forgiveness to their users. The sole shape is designed ergonomically to offer the maximum distance and loft to the shots.

The inertia generators push the weight back so that you get maximum power in your shots. The Sim Max offers other customizable options suitable for you to make the club comply with your play style.

Is the Taylormade Sim Max Rescue hybrid better than the M6 Rescue?

There are some improvements made in the case of TaylorMade Sim Max Rescue compared to the M6 hybrid. But, it is important to remember that the Sim Max is supposed to be the upgraded version of the M5 and the M6 hybrids, so added features are expected. However, the main question is if the features make the Sim Max better than the M6.

The most noticeable change is the echo damping system in the Sim Max, which absorbs the vibrations and the shot’s sound, making it feel clean and accurate.

The Sim Max and the M6 are aimed towards high handicap players, so they are very good choices for the new players.

Since the Sim Max is an upgraded version of the M6, most new players will be inclined towards it. Also, adding custom parts to the Sim Max makes it more favorable in the eyes of the new buyers because you can now personalize the club according to your play style.

Since the Sim Max is a slightly upgraded version of the M6 Rescue Hybrid, the distance is the same for both the models.

The more finely-tuned Sim Max makes the shots feel more comfortable, so you can hit better by using it. This might create a feeling that the Sim Max offers more distance than the M6 Hybrid.

However, when you inspect the technical aspects, there is not much difference between the two models.

As you can see, both models’ specs are more or less the same; so technically, there is no difference in the distance offered by both clubs.

But since there are numerous customizing options available for the Sim Max compared to the M6, the players will be able to get more accurate shots. This can contribute to making people think that the Sim Max has more distance than the M6 Hybrid.

As was the case with the distance, the loft specs are mostly the same for the Sim Max and the M6 Rescue Hybrid.

Both clubs offer the same loft degrees, but there are several customizing options available for the Sim Max that can change the player’s loft. This is the most favorable option for the players because they can change the loft according to their play style, and they can also personalize the club.

There are various degrees of lofts available for both golf clubs, and they are more or less the same.

The lofts offered by the TaylorMade Sim Max Rescue are:

On the other hand, the lofts offered by the M6 Hybrid are:

You can see that you get an extra option with the Sim Max Rescue that makes it the more favorable choice.

However, performance-wise, if you are a seasoned player, you will hardly notice a difference in both the clubs’ performance, although the Sim Max is the preferred choice due to the extra feature’s availability.

The Sim Max Rescue from TaylorMade was solely designed to be the better version of the M6 Rescue Hybrid. So, as a result, most of the basic building factors of both golf clubs are more or less the same.

The most apparent proof is that both of them use the twisted face for more accuracy in the shots.

However, in the case of Sim Max, the face is fitted with a pad that can help reduce the sound and impact tremor of the shot.

While hitting the same shots, you will be more comfortable with the Sim Max than the M6 Hybrid.

If you are a professional player, you will notice that there is no considerable difference in both clubs’ performance.

Although there are some extra features and customization options offered by the Sim Max, they are not impactful on the clubs’ final performance.

However, as the fact remains, both the Sim Max and the M6 has been made for new players and has high forgiveness, so most of them will be willing to get the Sim Max over the M6.

This is because Sim Max feels more refined in the player’s hands, despite offering the same performance as the M6 Hybrid.

On the other hand, the Sim DHY is aimed at the mid to low handicap players or the more seasoned players.

So eventually, there is going to be a basic difference in the specs of both the clubs. Let’s take a look at them to understand the difference better.

So as you can see from the stats that despite being somewhat similar, the Sim DHY somewhat favors the more seasoned players as compared to the Sim Max, which is targeted towards newer players.

The Sim UDI is made for a skilled player, and the design does not shy away from that fact. The club is designed to offer more penetrating and precise shots as compared to the lofty shots of the Sim Max.

If you are a new player, then Sim UDI is not for you, but on the other hand, if you have been playing for some time and want to take your game to the next level, then Sim UDI is the right club for you.

Let’s take a closer look at the golf clubs’ specs to better understand the difference in them’ performance.

The Sim UDI has the specs that favor a more seasoned player than the new players. The forgiveness is low, so you need to be very precise with every shot you make. Hence, if you are not a skilled player, then Sim UDI is not the club for you.

Both the Sim Max Rescue and the Callaway Mavrik are built for the new players to offer them maximum comfort and efficiency.

Both clubs have more or less the same specs. However, the Mavrik has a slight upper hand on the Sim Max in the form of its AI face.

The AI face automatically helps in optimizing the shots after you have made some trial ones. This small innovation gives it a slight edge over the Sim Max Rescue.

However, both the clubs are a good choice for a new player, and they will have comfortable playing experience.

The Cobra SZ Speedzone is designed for more forgiving shots than the Sim Max. It has all the specs of the Sim Max Rescue and is even more enhanced. It highly employs the backward weight shifting to obtain more power on the shots due to inertia.

The Cobra has all the Sim Max features with just the difference being that they are ten times more enhanced. This can be a favorable choice among beginners, but is not recommended for professional players because it can affect their skills.