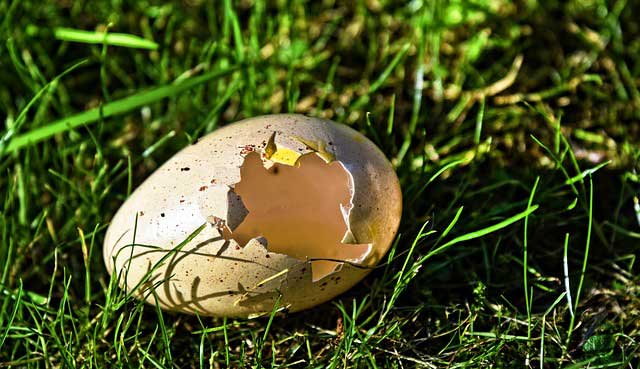 Why Does Your Golf Cart Smell when Charging?

Golf carts usually start stinking and the smell becomes noticeable after a certain period of usage. Have you ever wondered why and from where this smell comes from? Well, this rotten egg-like smell is due to the discharge from the batteries in the golf cart.

Golf carts can smell bad due to a gas being released when the golf cart batteries are being charged. The gas produced during charging has a sulfur-like odor which smells like rotten eggs. The smell is worse during the first few charges but tends to get better with time.

The batteries have an algorithm for deep charging, specially designed to help charge faster and more efficiently. This charging process uses hydrogen sulfide gas for it to work smoothly.

Safety Disclaimer: If your golf cart produces an unusual odor, you should always consult with a professional mechanic as soon as possible. Use the information in this article at your own risk.

Hydrogen sulfide gas is what is released during the charging sessions thereby giving out the foul smell.

An important thing to be noted here is that the gas is flammable and a flame should not be lit close to the smell. It is strongly advised to ventilate the golf cart well to ensure that the stench of the gas goes away.

The gas is not particularly good for the lungs and people with lung or respiratory issues are advised to stay away until the cart is properly ventilated and any residual smell has been removed.

The foul smell from the gas carts usually last for about the initial 10 charges or so. This doesn’t mean that there will not be any discharge of gas during the subsequent charges.

There will always be a minimum quantity of gas emitted during every charge but it will be barely noticeable.

You might have noticed on many occasions that other weird, pungent smells also fill up the deck of your gas cart. These smells could range anywhere from burning smells to sulfur-like odor. These could be caused by a variety of reasons mostly relating to the battery.

I will explain why your gas cart smells the way it does during charging and discharging sessions.

Unlike the latest electric carts, the old-style gas carts tend to get smelly  during charging and discharging. You may smell gas which is considered normal for the initial few charges.

However, if you continue to get the smell of gas, then it might be time to look at what is causing the issue in your cart.

The gas tank has a maximum mark and it should be filled only up to that mark. Filling up of excess gas could cause the vapors to leak out.

If the problem persists despite trying out all these, then there might be an issue with your gas tank or the mechanism. You should get your cart checked by a professional service center.

Gas carts can emit a multitude of smells if they are not functioning properly. This will be the indicator that something is wrong with the cart and you need to take a look at it.

Whether these issues are serious enough to take the cart to the service center or self-repairable is a call you will have to take.

Most of the issues are easy to fix and can be resolved at home using some simple tools. You will rarely need the help of a service center professional to sort out the issue with the battery or your gas cart.

Another possibility is that the electrolyte solution in your battery has dried up.

If none of the above-mentioned techniques work, and the battery keeps giving out a rotten egg smell, then it could mean that there is some issue with your battery.

You should consider replacing the battery as soon as possible. It could be due to incomplete combustion happening in the battery.

This is not an issue that can be resolved at home using a variety of DIY techniques. You might need to consult an expert mechanic to fix this issue.

Why Does Your Golf Cart Smell Like it’s Burning?

A gas golf cart may give off a plastic burning smell on your gas cart due to damaged wiring, or a low level of water in the batteries.

Do not ride the gas cart if you are unsure of the issue as it could be very dangerous.


Another plausible explanation could be a melted housing for the cable.
This could happen if you have added some customized work on your gas cart and it has not been done properly. The FNR switch could be damaged and this could cause the burning plastic smell in the cart.

Apart from the rotten egg-like smell, you could also experience sulfur-like smell in your gas cart. Have you been driving the cart for more than 30 minutes and notice that the smell keeps coming on and off?

If you turn off the engine and let it cool and then restart it, the smell would have gone away for some time but only to reappear after about 30 minutes. Well, this could be an issue with your battery. There are multiple possibilities as to why this keeps happening.

Another common cause of this smell is that the batteries have been overcharged.


If you hear some sort of bubbling sound in the batteries, it could indicate that they have been overcharged.

Having gas carts can seem like trouble to a lot of people but these traditional carts are half the fun in a game of golf.

Most of the smells coming out of golf carts are due to issues with the battery. Right from inadequate water to electrolytes, anything could give out a foul odor.

Electric carts, on the other hand, do not have these issues concerning the battery and have highly advanced pieces of technology to go along with it. But then again not a lot of people like switching from the traditional gas carts to the electric carts.

If you have a gas cart and are experiencing issues with the foul odors, get your battery checked and then get your wiring checked. These could be only two issues causing weird smells in your gas cart.