What is a 22 degree hybrid?

A 22 degree hybrid has a loft of 22 degrees. This hybrid finds its place among the list of moderate loft clubs and is a good choice for beginners.

Some key features of this club are highlighted in the table below.

It’s worth noting that the lie angle, average distance and length of the 22 degree hybrid may depict a slight variation from one manufacturer to another. 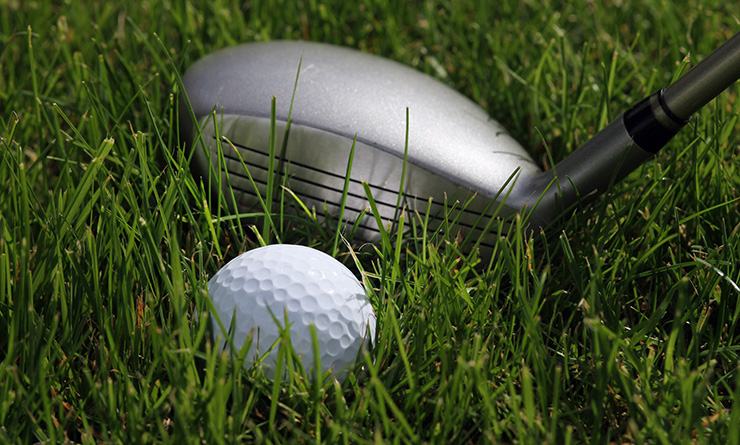 What is a 22 degree hybrid equivalent to?

A 22 degree hybrid can be considered equivalent to a 4 iron or a 3 iron.

This hybrid is used as a substitute for a 7 wood. However, some players use the club in place of their 8 wood or 9 wood.

The advantages of using the 22 degree hybrid in place of a long 4 iron or a 3 iron are that golfers can overcome the airborne and inconsistency problems that are typically associated with long irons.

They can also launch the golf ball higher and hit the club more consistently.

One reason why the 22 degree hybrid is a better choice over a 7 wood because the hybrid is more forgiving because of its dense clubhead. Players can achieve a higher launch and better contact with this club. The club also makes it easier to cut through the rough and get the ball to land softly on the green without many rolls.

What iron does a 22 degree hybrid replace?

A 22 degree hybrid golf club can replace a 4 iron.

It’s worth keeping in mind that a few golfers prefer to treat this hybrid as a replacement for their 3 iron although this is primarily for women’s clubs. Interestingly, some players find that a 22 degree hybrid is a good replacement for both their 4 iron and 3 iron clubs.

Beginners who have difficulty in hitting their traditional long iron do better justice to their game with the corresponding hybrid. They can perform better as the hybrid helps them to render consistent hits and get the ball more airborne.

Professionals and golfers with a handicap of more than 5 find the 22 degree hybrid a good replacement to their iron. The hybrid offers more distance than the iron that it’s intended to replace. They also find that they can hit into the green better when they use the hybrid.

What is the distance of a 22 degree hybrid?

A 22 degree hybrid renders an average distance of 186 yards.

Using the same hybrid renders an average distance of 129 yards for women. As with male players, the distance can be lesser at 120 yards or higher at 170 yards.

It’s also worth noting that the 22 degree hybrid renders more distance than the iron club it replaces in the golf bag. This can be as low as 4 yards or as high as 12 yards.

There are some other factors as well that contribute to the distance offered by the 22 degree hybrid. For example, the distance rendered by the same hybrid varies for short, mid and long hitters. The distance also varies based on whether you’re an amateur or a professional player.

For amateur male players, the average total distances rendered by the 22 degree hybrid for short, mid and long hitters are 163 yards, 189 yards and 205 yards, respectively.

For amateur female players, the average total distances rendered by the 22 degree hybrid for short, mid and long hitters are 96 yards, 126 yards and 163 yards.

It’s important to know that the distance that the hybrid can hit also depends on other parameters such as the golfer’s height and fitness level, how well the golf ball is hit, and his/her fitness level.

The standard length of a 22 degree hybrid is 39.5 inches.

The length of the 22 degree hybrid club differs for both men and women. Men’s hybrids are designed to be longer than those for women by an inch.

On the other hand, the typical length of a 22 degree hybrid for a female player is 38.5 inches. Like with men’s clubs, some manufacturers offer a slightly shorter or longer length for their club shafts.

One thing to keep in mind is that it’s not advisable to have a very long length for the shaft of the 22 degree hybrid. This can have an adverse impact on the game and can result in poor ball contact and more shot dispersion than desired.

The 22 degree hybrid can be replaced with a 4 iron in your golf bag. However, there are some striking differences experienced by players after trying out both the clubs.

Some of the key differences noted by them are given below.

A 22 degree hybrid has proved to be more versatile than the 4 iron counterpart and helps to hit the ball more consistently.

A 22 degree hybrid is not as heavy as a 4 iron and also has a bigger clubhead. This makes the hybrid easier to swing and a better choice for those who wish to launch the ball higher and also gain as much distance as possible.

Out of the rough and hitting into the green

A 22 degree makes it easier to hit out of the rough as against a 4 iron. The hybrid also performs better when hitting into the green.

A 4 iron is a better choice over a 22 degree hybrid for playing in extreme weather conditions due to its extra weight. The fact that the iron is heavier than the hybrid makes it an ideal choice for performing well on a windy day.

A 22 degree hybrid renders extra impetus in contrast to a 4 iron when the club is put to use on wet courses.

Better curve on the ball

A 22 degree hybrid produces a better curve on the ball when compared to a 4 iron depending on the angle of the strike.

The 4 iron is an ideal option for those who have a 0 to 5 handicap. On the other hand, golfers with a handicap of more than 5 prefer using the 22 degree hybrid.

What is the difference between 19 and 22 degree hybrids?

The following are some differences between 19 and 22 degree hybrids that are worth keeping in mind based on the experiences of players who have used both the hybrids.

A 19 degree hybrid offers more distance than a 22 degree hybrid. The extra distance offered by the former hybrid is about 10 to 15 yards and decreases with longer hits.

Wet courses and out of the rough

A 19 degree hybrid is often chosen as a replacement for a 2 iron. In contrast, a 22 iron replaces either a 4 iron, a 3 iron or both. This gives the golfer the possibility of accommodating an extra golf club in his/her golf bag.

How to align Club Car golf cart front end? The best way of aligning the Club Car front end is to first adjust the placement of the camber, followed by the alignment of the wheel and tire, by toeing...

The length of the golf iron plays an important role in determining the kind of game the golfer plays on the golf course. If the golf iron is not of the right length that works well for a player, it...