Is the Callaway Super Hybrid adjustable?

Yes, the Callaway Super Hybrid is adjustable. The hybrid club encompasses the OptiFit hosel that allows it to be lowered by a maximum of 1° and also raised by a maximum of 2°. The lie angle can also be set to a Neutral position or a Draw position.

Some noteworthy specifications of the Callaway Super Hybrid club are given in the table below.

What is the difference between Callaway Super Hybrid and Mavrik Hybrid?

The Callaway Super Hybrid targets golfers who do better with some golf bias as well as those with low and medium swing speed. On the other hand, the Mavrik Hybrid works well with players of all levels. 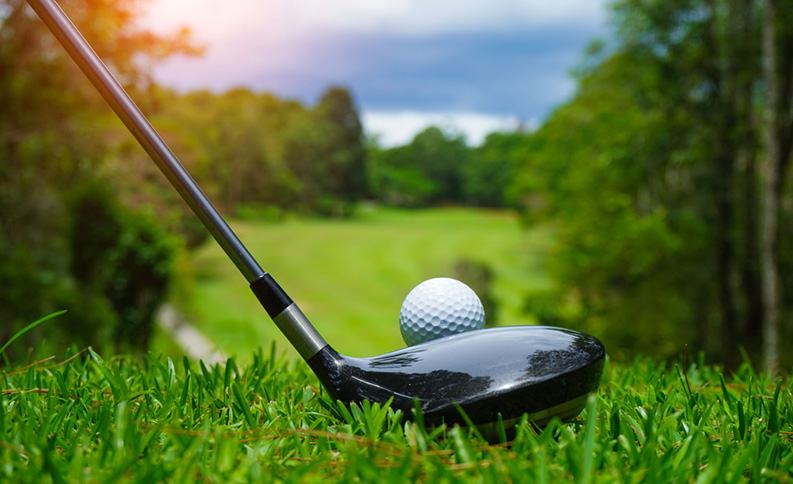 How do I adjust Callaway Super Hybrid OptiFit 3 hosel settings?

The Callaway Super Hybrid finds its place between the standard hybrids and fairway woods. This hybrid is bigger than normal hybrids with its extra-large head.

The body and face of the hybrid are made of titanium while the face additionally features a very light carbon composite crown. The titanium body material instead of stainless steel as in the case of most hybrids makes it a really light club.

The toe and heel of the club encompass molded metal injection tungsten slabs to render better stability for off-center hits as well as a low center of gravity. The manufacturer incorporates its Jailbreak technology in the Super Hybrid as well.

There are two vertical bars that connect the sole and the crown behind the hitting area.

The Super Hybrid is primarily targeted at better players. However, the 23° variant works well with game improvement golfers.

The Super hybrid produces very little spin and helps to launch the ball high with ease. The club is also very quiet and generates just a small click sound at impact.

The eight-way adjustment hosel allows you to increase the stated loft by up to a couple of degrees or decrease it by a degree. The lie angle can also be set for a neutral or draw setting. The draw setting makes the hybrid more upright than usual. There are two cogs on the OptiFit 3 hosel to support the adjustment process.

Each cog has four markings on it. The lower cog depicts the stated marking represented by S and +1. The upper cog comes with -1 and +2 markings.

Both cogs on the Callaway Super Hybrid have a N marking for Neutral setting and a D marking for a Draw setting.

The alignment of the cogs with the white lines on the hosel and the clubhead is very important in the adjusting process.

The clubhead must be removed from the club shaft to make the loft and lie angle adjustments. This can be done by loosening the screw at the back of the clubhead by using an appropriate wrench. You will have to turn the wrench in the anticlockwise direction to do this.

Align the +1 marking on the bottom cog or +2 on the top cog with the white dash on the club hosel. This increases the stated loft by 1° or 2°.

Alternatively, align the white dash and the -1 marking on the upper cog. This setting helps to adjust the loft of the Callaway Super Hybrid.

Line the N marking or the D marking on the cog that was not used for setting the loft with the above mentioned alignments. This setting helps to adjust the lie angle of the hybrid for a Neutral setting or a Draw setting.

Replace the clubhead with its white dash marking below the stated loft value in line with the hosel marking as well as the preferred loft and lie angle settings.

Tighten the screw behind the clubhead to lock it in position above the OptiFit 3 hosel without any wobbling. To do this, you must turn the wrench in the clockwise direction.

When players increment the loft of their Super Hybrid, they make the hybrid more favorable for a draw. This will increase the ball launch and spin. However, this setting will also decrease the distance rendered. The clubface will also close partially when there is an impact.

In contrast, when golfers decrement the stated loft, the hybrid helps to play fades better. The ball spin and launch decrease whereas the distance increases. The clubface opens up a little as soon as an impact is rendered.

The D setting on both the cogs has the same effect. When the D setting is selected, the hybrid becomes upright. The clubface gets shut at impact and the ball gets directed to the left by around four yards with a tendency to hook.

There is a large angle between the ground and the club shaft because the toe of the club is higher than the heel. Players are also likely to experience inconsistent swings and find approach shots difficult.

The table outlined here shows the loft and lie angle settings for all the three Callaway Super Hybrids.

The Callaway Super Hybrid comes with internal precision metal injection molded weights made of tungsten in the toe and heel of the club. The position of the weight in the sole supports a high launch.

The two weights help in raising the moment of inertia while lowering the center of gravity at the same time.

The steps involved in adjusting the weight of the Callaway Super Hybrid are given below.

When the heel weight is more than the toe weight, the clubface closes at impact. The chances of playing a draw and/or encountering a hook are high. Similarly, when the toe weight is more than the heel weight, the clubface opens at impact. The chances of encountering a fade and/or slice are high in this case.