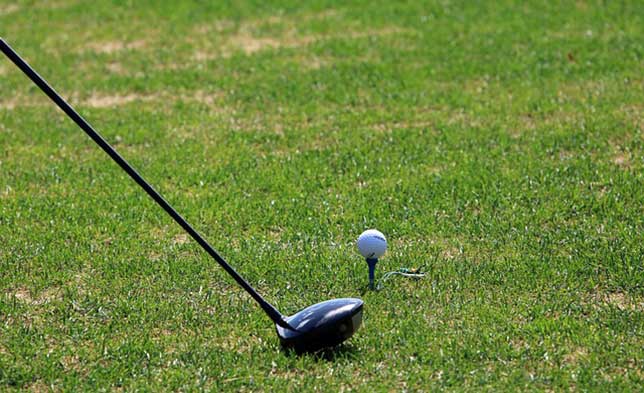 What is the Best Driver Shaft Length?

What is the Best Driver Shaft Length? The best length of driver for amateur golfers is 45.5 inches, whereas most professional players will instead use a 44.4 inch driver.

It’s essential that your driver shaft is of the right length. As the length of the shaft increases, you tend to lose control over the golf club, and will find it difficult to hit the golf ball squarely.

Having the incorrect length of golf driver can also result in chopping of the ball from fairway bunkers and the rough.

While tour players use drivers of 44.5 inches length, those available in shops for amateur golfers often have shafts that are 45.5 inches long. Generally, golfers with above-average swing speeds are better off using drivers with short shafts.

Shorter golf drivers don’t require the distance rendered by the extra length of the shaft as they’re able to generate enough distance by using drivers with shafts of usual length. On the other hand, players with high handicaps and slow swing speeds would find the extra distance offered by long shafts beneficial.

While being difficult to control, a long driver may also lead to frequent off-center hits that will put your accuracy and distance at stake.

Remember that for every half-inch mishit that you experience on the clubface, the distance that you will lose is five percent. The right combination of shaft flex and shaft length for your driver helps you gain both accuracy and distance with your shots.

The best way to determine the right length for your driver shaft is to hit shots with several drivers of varying shaft lengths on a launch monitor. This will help you to understand your ball speed, club speed, dispersion, and distance.

Based on these values, you can decide on an optimum shaft length. You must also check where the driver’s face hits the ball. If most of your hits are close to the heel or toe, then your driver is either very long or very short.

You can opt for the assistance of a professional or an experienced club maker to make the changes to the length of your driver.

Golfers opting for short driver lengths must consider having a slightly heavy shaft and soft flex. They’re better than long drivers as they help in gaining distance, consistency, and accuracy.

The following are some differences between a short driver and a long driver that are worth noting.

The following are some observations worth noting on a driver with a shaft that is 42.5 inches long.

Given below are some points that can be kept in mind on a driver that has a 43 inch shaft.

The following points are worth noting regarding drivers with a shaft length of 44 inches.

A driver with a shaft length of 44.5 inches usually helps golfers with the following.

The standard length of a driver with a stainless steel shaft for a male player is 45 inches. The following list highlights some experiences of players using drivers with a 45 inch shaft length.

Drivers with graphite shafts have a standard length of 46 inches. Golfers have experienced the following when they use a 46 inch driver shaft.

The following are some differences golfers have experienced between43” and 44” drivers.

When players used 43” drivers and 45” drivers for the same shot, they have experienced some differences in their game, which are as follows.

Some noteworthy differences that players feel after playing a game using a 44 inch driver and a 45 inch driver are given below.

The following are some differences that golfers have encountered after they played with a 45 inch driver and a 46 inch driver.